'Veep' creator Armando Iannucci repays one of his comedic influences with this offbeat yet delightfully modern Charles Dickens adaptation. 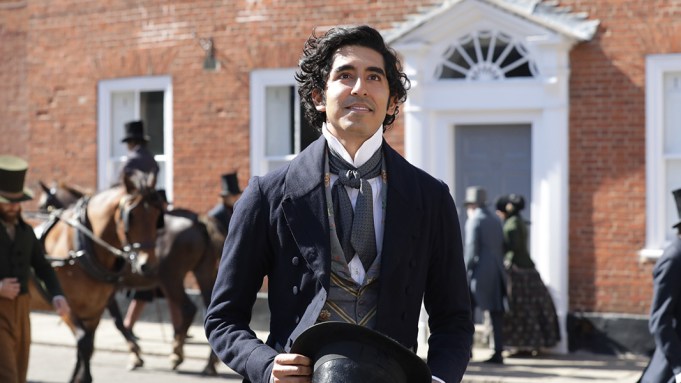 Armando Iannucci believes that modern (British) comedy owes a considerable debt to Charles Dickens, and he should know. Iannucci produces some of the wickedest, and most colorful, laughter to be found on (British) television: “I’m Alan Partridge,” “The Thick of It” and, for export, “Veep.” Dickens, on the other hand, has produced a mostly dreary catalog of play-it-straight costume dramas, owing less to the source material than to a modernist bias that looks back to the author’s Victorian milieu and sees it as crude, dark and relatively unenlightened.

Iannucci’s “The Personal History of David Copperfield” comes across as a bright and jaunty corrective to the dour and stuffy Dickens adaptations that have come before. As Iannucci put it as host of the hour-long “Armando’s Tale of Charles Dickens” for BBC back in 2012, “I want to show that the work of Charles Dickens isn’t just quality entertainment for a long-dead audience.” Instead, he argued, “The characters he creates are as real and as psychologically driven as the inhabitants of any urban landscape today.” This movie is an outgrowth of that belief, an attempt to rescue the writer from the musty category of “literature” — not a disrespectful place to be, but stodgier than cucumber sandwiches at a croquet match — and reintroduce him as a rapid-fire ahead-of-his-time wit. (One day, someone will do the same for Iannucci.)

Rather than updating Dickens’ semiautobiographical bildungsroman — which the author described as “a favourite child” among all his novels — to the present, as others have tried over the years, Iannucci brings a contemporary sensibility to the Victorian setting. In that sense, the movie resembles Tony Richardson’s madcap adaptation of “Tom Jones,” with its in-on-the-joke narrator (Copperfield narrates his own story, much as he does in the novel) and assorted postmodern touches (both films feature a sped-up silent-movie sequence), although it lacks the rebellious generational sensibility that made that film a fluky success.

Iannucci’s most radical choice comes in casting, beginning with the certainty that the title role could be played by none other than Dev Patel, the London-born star of “Slumdog Millionaire” — an unconventional choice, but one that goes a long way to transpose the diversity found virtually everywhere in England today onto an earlier narrative. Dickens’ work focuses so much on social opportunity and class that audiences could opt to read the choice as some kind of commentary on Copperfield’s station, although that doesn’t appear to be Iannucci’s intent. Rather, Patel brings just the right kind of intense likability to the role, playing the modest-born and self-effacing innocent who eventually stands up to take control of his own narrative. Placing Patel at its center proves a far more effective example of color-blind casting than last year’s “Mary Queen of Scots” (where actors of diverse heritage were featured, but only in supporting roles), and further makes room for actresses Rosalind Eleazar and Nikki Amuka-Birda.

The next big decision comes in how to condense Dickens’ roughly 600-page novel into something fleet and fast-paced enough to prove Iannucci’s point about how funny he considers the writer to be. Once you get past the instant hilarity of his character names, much of Dickens’ humor comes through in the sheer long-windedness of his descriptions, for which Iannucci must find tight, cinematic equivalents.

While there is no small amount of suffering in the book — “I had been more miserable than I thought anybody could believe,” Copperfield says at one point — virtually anything tragic comes closely entwined with laughter, which proves a welcome antidote to sentimentality. Whereas so many Dickens miniseries are marred by a tendency toward the maudlin (as it happens, the same quality that marred Patel’s last parentless outing, “Lion”), Iannucci breezes through the more upsetting sequences — as when David’s too-strict stepfather, Mr. Murdstone (Darren Boyd), attempts to beat the boy and instead winds up chasing him around the bedroom, upsetting a chamber pot in the process, or his subsequent mistreatment at the factory, where a parrot-like foreman dutifully repeats the tail end of everything out of his boss’s mouth.

Like some kind of long-lost Monty Python sketch, Iannucci’s revisionist “David Copperfield” alternates between intellect and absurdity, blending high- and lowbrow elements. Furthering that comparison is “Death of Stalin” DP Zac Nicholson’s vaguely carnivalesque, bulgy wide-angle way of immersing himself in the action and energetically covering scenes from within, whipping around to follow the comedy à la Terry Gilliam.

While the material’s literary origins confer a certain respectability to the experience, so does Iannucci and longtime co-writer Simon Blackwell’s penchant for twisting simple phrases into complex, fun-to-untangle Sunday-crossword-puzzle clues. For example, when asked if he’s homeless, Mr. Micawber (Peter Capaldi) replies, “We do primarily exist alfresco,” cheerily adding, “Every meal is a picnic!” At the same time, slapstick and physical humor are never far from hand, as evidenced by Tilda Swinton’s Aunt Betsey, who violently enforces a no-donkeys-allowed policy over her front garden — a detail lifted straight from the novel that makes the book’s comedic undercurrents impossible to ignore: “The one great outrage of her life, demanding to be constantly avenged, was the passage of a donkey over that immaculate spot.”

Swinton is often eccentric in her roles but seldom this consistently amusing. Here, daffily complemented by Hugh Laurie’s half-mad Mr. Dick, she serves as the film’s most reliable source of off-guard titters, from the opening scene — present for David’s birth, she wishes desperately that her nephew will be born a girl — to the indignant way she dismisses the patronizing, faux-’umble Uriah Heep (an unctuous Ben Whishaw): “I’m not ‘someone in my circumstances.’”

The overall tone here is upbeat and considerably less caustic than Iannucci’s previous features, though there’s no mistaking his authorial voice. He and Blackwell appear to have set a challenge, daring audiences to detect which details belong to Dickens and which they’ve invented from whole cloth. To further disguise the impostor dialogue, they return often to the idea that Copperfield is gathering string for the publication of his “Personal History,” scrawling stray thoughts and catchy vernacular on scraps of paper — which suggest the origins of quotations that, more often than not, don’t appear in the book, but quite possibly could have.

One recurring joke (if you want to call it that) that carries over directly from “David Copperfield” involves the way that nearly every character has a different nickname for the lad: Aunt Betsey calls him “Trotwood Copperfield,” upper-crust school chum Steerforth (Aneurin Barnard) dubs him “Daisy,” future wife Dora (Morfydd Clark) favors “Doady,” and so on. For much of the film, David seems lost amid all these conflicting identities — just as Dickens’ elaborate plots tend to disappear among all those strong personalities, only to be tied up too neatly by the book he’s writing.

Along the way, the young man signicantly asserts, “I am David Copperfield,” which amounts to a much-needed declaration of self in a story where, at the off-quoted outset, he seemed uncertain “whether I shall turn out to be the hero of my own life.” There’s something enormously satisfying about hearing those words coming from Patel’s mouth. He is David Copperfield. And sure enough, the character’s a lot funnier than we ever realized.