‘Jumanji: The Next Level’: Film Review

The jungle game grows ever more elaborate now that this action-comedy franchise has found its footing, mixing and matching players with their avatars. 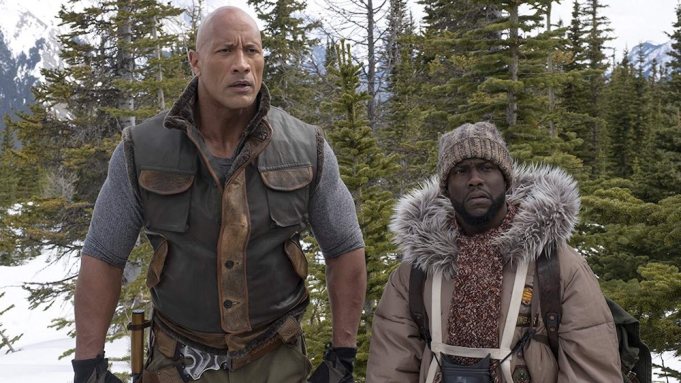 When Sony dusted off its 22-year-old “Jumanji” movie for a distant sequel in 2017, it looked to some as though Hollywood had hit rock bottom in terms of pillaging its own properties. In fact, “Jumanji: Welcome to the Jungle” proved to be that rare reboot that built upon its initial high concept — a jungle-themed board game that takes over a family’s living room — with a clever new riff in which four mismatched teens, thrust together in detention, are sucked into an old-school video game console, assigned to avatars who are nothing like their real-world personalities.

It was like “The Breakfast Club” with a 21st-century twist, where the nerd becomes Dwayne Johnson’s brawny hero, the popular girl winds up stuck in Jack Black’s body, and so on. More often than not, effects-driven blockbusters get dumber as the series go along, but “Jumanji: The Next Level” invents some fun ideas to keep things fresh, suggesting that Columbia Pictures is committed to treating the property as a proper franchise — right down to the final scene, which teases an even wilder direction for the story to go from here.

That movie looks like a blast. In the meantime, however, director Jake Kasdan had to make a choice: Either he could conjure a new mix of characters to go on virtual safari, or he could bring back the original players and switch up the alter egos with whom they’re paired in the video game world. Kasdan decides to do both. Collaborating with returning co-writers Jeff Pinkner and Scott Rosenberg on the script, the helmer reassembles the four unlikely friends, back home for the holidays. Rather than stop there, the script also introduces a couple newbies in the form of Danny DeVito and Danny Glover, playing crotchety ex-business partners Eddie and Milo, estranged for 15 years, who happen to be in the house when that cursed cartridge zaps everyone into its perilous parallel reality.

Just before that happens, we learn that the romance between awkward, asthmatic Spencer (Alex Wolff) — the one who got to be “The Rock” last time around — and shy girl Madison (Morgan Turner) didn’t survive freshman year of college, whereas football player Fridge (Ser’Darius Blain) and social media-obsessed Bethany (Madison Iseman) seem to be thriving in their respective post-high-school pursuits. The filmmakers had to come up with some reason for them to reenter the game, settling on the notion that Spencer, feeling like a worthless weakling, wanted to spend some more time as the strong, fast, and fearless Dr. Smolder Bravestone.

The game has other plans, which are better left unspoiled here, although it might have been nice for “The Next Level” to explore Spencer’s underlying psychology a bit more. The last two “Jumanji” outings appeal to a collective cultural nostalgia for ’90s-era video games, poking fun at the technical limitations and clichéd aspects of that experience (bad exposition, underwritten supporting characters, silly situations). What they ignore is the near-addictive way such games’ more sophisticated successors have come to dominate the lives of those who play them.

What if Spencer, instead of just firing up the dangerous old game on a whim, had been playing it by himself all this time, to the extent that the others had to stage an intervention — by going in after him? There’s no room for anything so serious in “The Next Level,” which instead wants to amuse us with the possibility that its characters might be assigned to different avatars, providing the movie stars who play them an opportunity to channel different (and in some cases, multiple) personalities.

The best thing about “Welcome to the Jungle” was watching Johnson poke fun at his own persona by pretending to be a meek kid suddenly blessed with a movie-star bod and the allure (or “smoldering intensity”) to match. Here, through a fluke of the system that bypasses the character-selection stage, it’s Spencer’s grandpa Eddie (DeVito) who lands in Bravestone’s shoes, while slow-talking fellow oldster Milo (Glover) gets to be Franklin “Mouse” Finbar (Kevin Hart).

Johnson’s easily the most bankable action star in Hollywood right now, but he’s got an incredibly narrow range, and asking him to do a Danny DeVito impersonation has unintentionally hilarious results. At times, he seems to be doing a British accent; at others, he sounds like a cross between Barbra Streisand and Elaine Stritch. It boggles the mind: Did Johnson actually spend any time with DeVito developing the character? Was his entire performance based on another actor, who was then recast after Johnson’s part was in the can?

Hart does a better job of convincing us that his know-it-all zoologist has been possessed by a rambling old fogey, who parcels out key facts too slowly to be of any use, while Black (whose default setting is “overacting”) exaggerates the frustration that a black athlete like Fridge would feel trapped in the position of an out-of-shape white guy such as Shelly Oberon, the group’s map-reading (but otherwise useless) comic relief. Somehow, Madison managed to return to the same avatar she had before, Lara Croft-like teammate — and “killer of men” — Ruby Roundhouse, although another twist slightly later in the story will allow players to swap avatars. The sequel also gets a couple new characters, including a cat burglar named Ming, played by Awkwafina, who proves the most entertaining in her multiple-personality reinterpretations of the role.

Clearly, “The Next Level” could be confusing for anyone who hasn’t seen the original (references to cake as one of Mouse’s weaknesses serve as an inside joke to returning viewers), although it helps that Milo and Eddie don’t understand what’s happening to them, allowing the others to shout the rules as they go along. If you’ve ever tried to play a video game with someone of your grandparents’ generation, you’ll appreciate the exasperation the repeat players feel toward these absurd exchanges — which mirror how any catch-up conversation would go in which “Jumanji” fans tried to explain the plot of this movie to an oblivious older relative.

“Jumanji” may have begun as a jungle game, but now it’s expanded to include David Lean-ian desert challenges (a dune buggy chase from a herd of angry ostriches) and an elaborate medieval finale plainly inspired by “Game of Thrones” (right down to the casting of Rory McCann as grimy new villain Jurgen the Brutal). Kasdan amps up the violence and intensity in “The Next Level,” although the players each have three lives apiece, which undermines the stakes of all that flashy computer-generated peril — a plus for younger audiences, assuming parents don’t take issue with death being treated as a joke.

For the most part, the film’s values are in the right place, and apart from a few off-color bits (about penis size and sexual prowess), the humor serves the greater goal of looking past one’s physical limitations and respecting friendships in whatever form they take. The storytelling may be sloppy in parts, but the cast’s collective charisma more than compensates. As the saying goes: Don’t hate the players, hate the game.

‘Jumanji: The Next Level’: Film Review