Film Review: ‘After the Wedding’

This sensitive remake of Susanne Bier's overcooked Danish Oscar nominee has shrewdly been flipped from a male-driven meller to an emotional showcase for Michelle Williams and Julianne Moore. 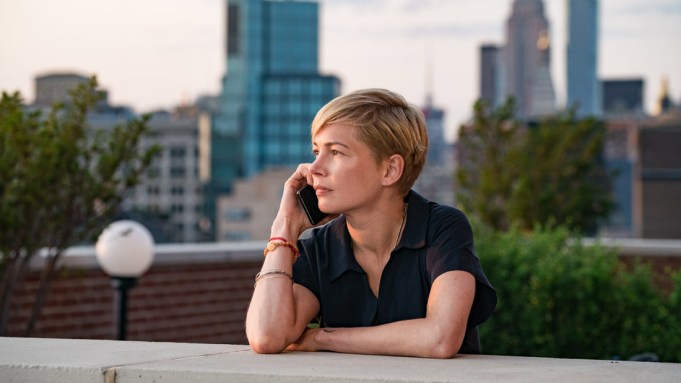 The female characters are the least interesting thing in the original version of “After the Wedding,” an otherwise exceptional, Oscar-nominated Danish drama from “Bird Box” director Susanne Bier. Fortunately, that’s not at all true of a sharp new English-language remake that gender-flips the two lead roles to be played by women, providing an incredibly rich showcase for the immense talents of Julianne Moore (who goes big) and Michelle Williams (understated and devastating) in the process.

So often it happens that American producers fall in love with a perfectly strong foreign film, snapping up the remake rights, only to water it down for domestic consumption. That’s not the case here, as all involved have endeavored to maintain, if not strengthen, a grown-up scenario that respects the audience’s intelligence, even as it rather shamelessly hikes the emotional stakes with nearly every scene once the momentum gets going. After a point, the twists come so steadily that I actually found myself holding my breath for long stretches — despite the fact that I know the original well — eager to see how key revelations would play out within this new dynamic.

Remember, producer-star Moore respects foreign cinema enough that when asked to redo the Chilean film “Gloria” last year, she made it a condition that the original director be invited back to shepherd it. In this case, Moore has enlisted “The Myth of the Fingerprints” helmer Bart Freundlich (who also happens to be her husband) to re-write and direct. Truth be told, he does a terrific job of it, sticking close to the original structure as he sensitively navigates the subtler points of a melodrama that could have very easily veered into the operatic, while getting the most from his leading lady.

Still, when it comes time to make Oscar predictions, Moore will probably land in the supporting category: This is really Isabel’s story, as Williams plays an idealistic young woman who has found peace and purpose in her life halfway around the globe, offering her services at an Indian orphanage. But such operations do not run on goodwill alone, and confronted with the possibility of a generous donation from Theresa Young (Moore), a wealthy New York City-based businesswoman, she agrees to fly back to the States to secure the deal.

Once Isabel arrives, however, she’s frustrated to find her would-be benefactor distracted by her daughter’s marriage ceremony. Isabel has reason to be skeptical of “mother Theresa,” although this magnanimous matriarch’s motives are far more complicated than Isabel possibly could have imagined — which soon becomes clear when the bride, Grace (Abby Quinn), drops a bombshell during an unplanned wedding toast. Also, from the look in Isabel’s eyes, we can tell not only that she has history with Grace’s father, an artist named Oscar (Billy Crudup), but that their past probably goes a long way to explain the path her life has taken.

Because one of the film’s key pleasures is discovering and processing the revelations as they come, it’s best not to divulge too much of the plot up front, except to say that this artichoke of a movie gets infinitely more satisfying as we work our way inward. As an admirer of Bier’s Danish work — which includes “Open Hearts,” “Brothers,” and “In a Better World” — I’m repeatedly amazed at how she manages to walk the tightrope of emotional credibility above the treacherous chasm of her chosen genre: melodramas that hinge on all-but-impossible moral decisions, rendered small by an awareness of more pressing world events. In “Brothers” (also remade in the States), an assumed-dead character returns from being held as a prisoner of war, while “After the Wedding” has that whole heal-the-world orphanage thing going on.

In both versions of the latter, the film cuts abruptly from the Third World aid worker in India to the relatively privileged donor singing along in his/her car (to Lady Gaga’s “Edge of Glory” here, an improvement over the earlier film’s chosen anthem of “It’s Raining Men”). I’ve always felt that Bier had some kind of miracle touch, balancing what might have felt over-the-top in another director’s hands with carefully chosen human detail — what Hollywood suits call “execution dependent,” meaning that you can’t just give the same script to any director and expect them to deliver. And yet Freundlich (who hasn’t exactly felt like an auteur in his previous work) skillfully manages to navigate these pitfalls according to his own personality.

Granted, Freundlich has the benefit of Bier’s screenplay contributions to guide him, but in his particular execution, the story feels grounded for a very different strategy from Bier’s: Rather than going out of his way to include recognizable human moments, he strips away anything excessive, allowing subtext to surface in the quiet spaces between dialogue. When characters do talk, it’s mostly to present key information, and Freundlich frequently cuts away right when the conversations are getting interesting — dropping out the part where tough things are said (as when the newlywed Grace would reveal why she’s already thinking about divorce).

He also encourages his two leading ladies to explore seemingly opposite techniques in their performances. Williams offers up a master class in minimalism, letting audiences read Isabel’s turmoil in her eyes while conveying the strength of her character’s convictions each time she’s tested — and even in small, private ways, whether meditating alone or opting for the stairs over the elevator. It’s a testament to the actress that we sense a fragility behind that tough façade — an unspoken reminder that everything Isabel now represents she has rebuilt in the wake of a difficult decision made years earlier.

Moore experiments at the other extreme: Theresa is a powerful woman, who can be a bull in a china shop at work and downright brutal when she drinks. And yet, in several key scenes, she holds back what she’s feeling — as in a birthday dinner with colleagues, where her family is surprised to see her keep a burning secret — which makes her climactic scene the kind of wrenching display that gives you goosebumps even when featured out of context during televised awards shows. It’s a bit much, to be honest, although she’s earned it by this point, if only because it reveals what her character has been hiding in all but that Lady Gaga sing-along where we first glimpsed her.

In the Danish version of things, Williams’ character was played by Mads Mikkelsen, who must unpack the agenda of a male philanthropist, whose wife and daughter barely register as human beings (they’re plot devices at best). It’s still an incredible strong film, but a reminder that just a dozen years ago, female directors often found themselves failing the Bechdel Test. Here, Quinn — as Moore and Crudup’s daughter — also comes away with more to do, holding her own opposite the two accomplished actresses. Even without this game of comparison to distract, those who haven’t seen the Oscar-nominated film ought to appreciate all that has gone into rethinking the film for the benefit of its female characters.

Film Review: ‘After the Wedding’