Shia LaBeouf Is a New Man: ‘I’ve Gotten Softer, Things Have Calmed Down’ 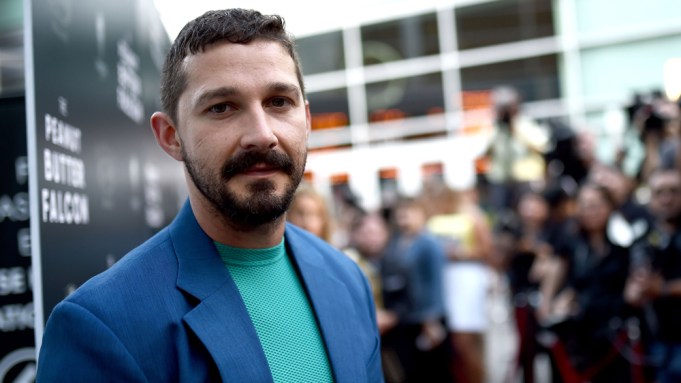 Shia LaBeouf is a changed man.

The 33-year-old actor has a notorious history of bad behavior that has landed him in jail as well as court-ordered rehab. But those days may finally be over.

He credits his work on his new indie “The Peanut Butter Falcon” with Zack Gottsagen, an actor with Down syndrome, with helping him come around.

“I’m quite judgmental, the judge-y type,” LaBeouf said on the latest episode of The Big Ticket, Variety’s movies podcast. “You know, you’d be half-empty with me before we started our conversation. I was sort of, was kind of like just a little edgy with the world, you know.”

Gottsagen, on the other hand, LaBeouf observed, “meets everybody like glass-full. Half nothing! Everybody starts at 100 with him. It makes it easier to live.”

“The Peanut Butter Falcon” follows the unlikely friendship between a man with Down syndrome (Gottsagen) and a criminal on the run.

LaBeouf hardly ever does press, no matter what project he’s part of. But things have been remarkably different with “The Peanut Butter Falcon.” He happily walked the red carpet at the movie’s premiere, talking freely with reporters with Gottsagen by his side. At the junket, he welcomed celebrity news shows, including “Extra” and “Entertainment Tonight,” outlets he usually shunned because of their coverage of his private life.

Does all this mean Shia LaBeouf is softer?

Dakota Johnson, who also stars in the movie, added, “Very softer. I watched it.”

Case in point: LaBeouf was arrested for drunken behavior while filming the movie in 2017. His sentencing included 10 weeks in rehab.

“She saw f—ing everything, man,” LaBeouf said. “Everything.”

Let’s hope that everything is now behind him.

You can listen to the entire interview with LaBeouf and his co-stars on the latest episode of “The Big Ticket,” Variety and iHeart’s movie podcast. It can also be found at iHeartRadio or wherever you listen to your favorite podcasts.