Jared Leto Filmed an Entire Documentary in Just One Day 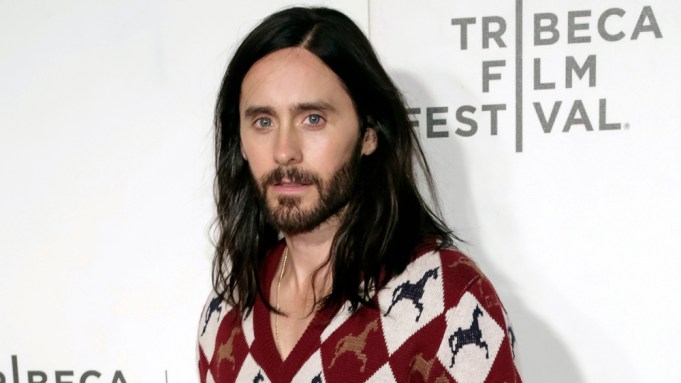 Jared Leto wants Americans to hold a mirror up to themselves.

“We made this crazy portrait of the United States in what I think is a really important time to take a look at ourselves,” the Oscar winner says.

That crazy portrait is “A Day in the Life of America,” a new documentary that Leto directed featuring footage of people around the country shot over the course of just one day — July 4th.

“We sent 92 crews all over the country,” Leto explains. “Had people in every single state, Puerto Rico and Washington D.C. and we turned the cameras on ourselves. We plotted and planned for weeks and weeks. We knew there were certain things that we wanted to capture and then there were certain things that we hoped to capture and then others things that we didn’t know we would capture. We were blown away. You see the beauty of this country, you see the contradiction, you see the pain, the hope. The hope — a lot of hope. It’s incredible. At a time when it’s so easy probably to feel a bit hopeless, there’s so much optimism.”

I caught up with Leto for “The Big Ticket,” Variety and iHeart’s new film podcast, just an hour or so before the film’s premiere at the Tribeca Film Festival.

The doc, which Leto is shopping around for distribution, includes a woman in labor, a gay couple at a roller rink and even members of the KKK.

Leto originally put out a call for people to submit their own videos. “We had 10,000 submissions from people all over the country, and the world,” Leto said.

He spent that July 4 night with a crew above Los Angeles. “I was in a helicopter above Los Angeles filming the fireworks and we had another camera crew that was in New York flying around the Statue of Liberty and just filming this massive crescendo that happens in the film when the country is celebrating,” he said.

Listen to the full episode of “The Big Ticket” below:

“The Big Ticket” can be heard at iHeartRadio or wherever your favorite podcasts are found.