Is Chris Hemsworth Ready to Leave the ‘Avengers’ Franchise? 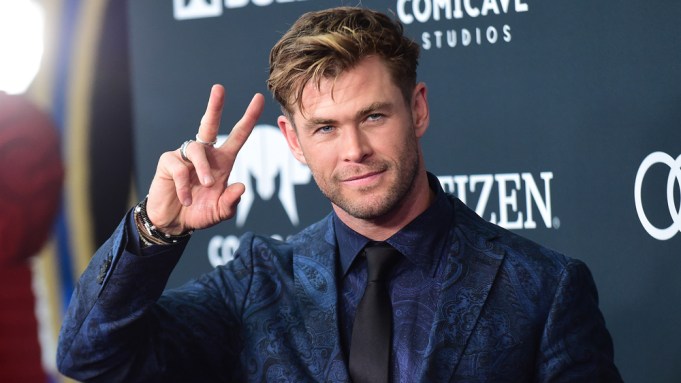 “There will come a day,” the “Thor” star told me when we sat down to chat for the second episode of “The Big Ticket,” Variety and iHeartMedia’s new film podcast. “Whether it’s now or in the future, I don’t know. … Who knows what the sort of future holds. I don’t know, there could be remakes, sequels, prequel — who knows?”

No matter what, he’s not giving up his Thor physique. “If I don’t work out, that’s when things start to hurt and I start to feel like, god, my body’s deteriorating,” Hemsworth said. “The movement for me and the constant sort of training and so on is, that’s where my energy comes from. And that’s where that movement creates more motivation and more sort of activity. And I’ve been, I wouldn’t say forced, but hired and paid to stay fit. So what a luxury that has been and the education that has given me has been incredible. But I’d like to think even outside of playing this character, I enjoy staying busy and having an athletic sort of attitude.”

His workout regimen will be taken to a whole other level when he begins preparing to play Hulk Hogan in a Todd Phillips-directed biopic about the legendary wrestler. “That’s a different big,” Hemsworth said. “I was thinking about it the other day, the amount of different style of training. … That kind of weight for that kind of character would be some serious power lifting — and a lot more calories.”

The second episode of “Big Ticket” is part of the podcast’s “Avengers: Endgame” special. Also featured in the episode are Jeremy Renner as well as Joe and Anthony Russo. The third and final “Avengers” episode drops April 27 with Paul Rudd, Don Cheadle and Karen Gillan.

“Big Ticket” episodes will drop every Thursday starting on May 2 on iHeartRadio or wherever you get your favorite podcasts.