‘It: Chapter Two’: Bill Hader on Richie’s Sexuality, His On-Set Injury and Cast B12 Shots 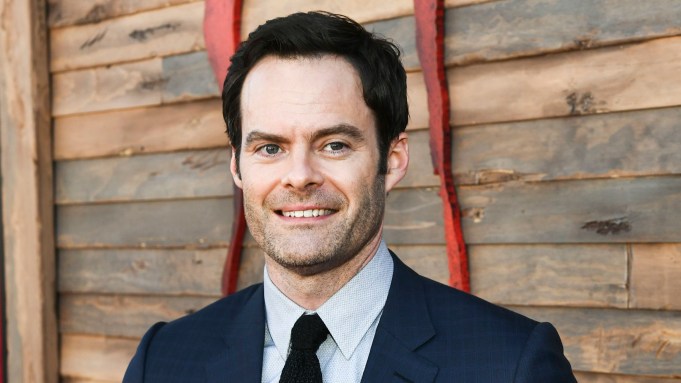 While it was never explicitly stated that Richie Tozier is gay in Stephen King’s novel “It,” the movie “It: Chapter Two” heavily implies that he is.

“That was something that we talked about when I arrived,” Bill Hader, who plays the adult Richie in director Andy Muschietti’s second and final “It” film, says on this week’s “The Big Ticket,” Variety and iHeart’s movie podcast. “I learned about all this stuff about people thinking they’re gay and not knowing if they’re gay and that it was implied in the book. I think Stephen King said he never thought of it that way but he likes the interpretation. I talked to Andy about it and we had a long conversation. We just decided, ‘Oh, let’s just do it.’”

While Richie doesn’t discuss his sexuality in the film, Hader said of Richie, “Hopefully, he has an understanding of, an acceptance of who he is.”

Hader also discussed some of the less-than-pleasant days of filming, including shooting a scene in a lake with his co-stars Jessica Chastain, James McAvoy, Isaiah Mustafa and Jay Ryan. “We were all sitting in water and we were all freezing,” Hader recalled. “I just remember Jessica Chastain’s lips turned blue. I was going, ‘We need to get out of the water.’ Then Jessica was nice and got us B12 shots. We went up and there was this doctor sitting there and he gave us all B12 shots.”

Also appearing on this week’s “The Big Ticket” are Hader’s co-stars, Pennywise himself Bill Skarsgård and McAvoy, who plays the adult Bill Denbrough.

You can listen to the entire episode below or at iHeartRadio or wherever you find your favorite podcasts.