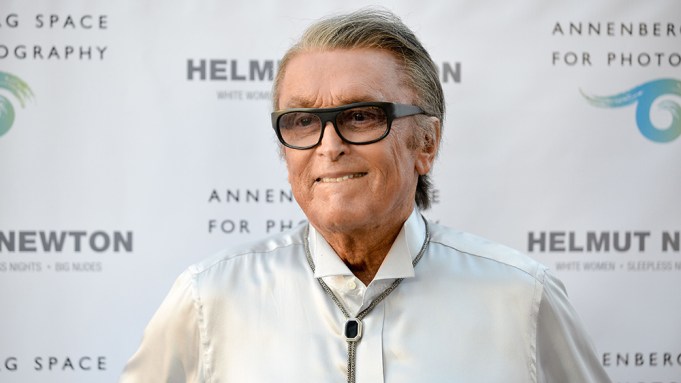 Robert Evans, the Paramount executive who produced “Chinatown” and “Urban Cowboy,” and whose life became as melodramatic and jaw-dropping as any of his films, died on Saturday night. He was 89.

Even though Hollywood history is filled with colorful characters, few can match the tale of Evans, whose life would seem far-fetched if it were fiction. With his matinee-idol looks, but little acting talent, Evans was given starring roles in a few movies and then, with no studio experience, was handed the production reins at Paramount in the 1960s. When he left the exec ranks, his first film as a producer was the classic “Chinatown,” and he followed with other hits, like “Marathon Man” and “Urban Cowboy.” Eventually, his distinctive look and speaking style turned him into a cult figure, and he had the distinction of being the only film executive who starred in his own animated TV series.

His life was a continuous roller-coaster. Amid the successes, Ali MacGraw left him for Steve McQueen, her co-star in the 1972 “The Getaway,” a love triangle that got huge media attention. (MacGraw was the third of Evans’ seven wives.) In 1980, Evans was arrested for cocaine possession and a few years later, was involved in an even bigger scandal: the murder of would-be Hollywood player Roy Radin during the production of “The Cotton Club.” Due to his association with Radin, Evans became a material witness in the execution-style slaying, though no proof of Evans’ knowledge of or connection to the murder was ever established.

Drug dependency and the studios’ changing corporate culture plagued Evans’ later career. When he eventually resurfaced at Paramount in the ’90s, his production track record was mostly undistinguished (“The Saint,” “Sliver”). But by then his larger-than-life persona was already the stuff of Hollywood legend. Evans parodied himself in the film “Burn, Hollywood, Burn” (1998), and Dustin Hoffman, a longtime friend, borrowed liberally from Evans in creating the character of an outrageous producer in the 1997 satire “Wag the Dog,” earning an Oscar nomination in the process.

Evans was born Robert Shapera in New York. Before the age of 18, he had worked on more than 300 radio shows and the occasional TV show and play. A collapsed lung forced him to recuperate for a year, and when he returned, he realized he’d lost his momentum. He worked his charms as a salesman at the sportswear firm Evan-Picone, co-founded by his brother Charles.

Several years later, however, his show business career was revived: In the perhaps apocryphal tale, he was spotted by the pool of the Beverly Hills Hotel with actress Norma Shearer, who asked him to play her deceased husband, the legendary MGM exec Irving Thalberg, in the film “Man of a Thousand Faces.” Darryl Zanuck then cast him as a bullfighter in the 1957 version of Ernest Hemingway’s “The Sun Also Rises.” The other actors pleaded with Zanuck to replace Evans, but Zanuck sent a telegram, saying, “The kid stays in the picture,” which provided the title for his eventual autobiography. Evans’ good looks carried him only so far, however. His stiff onscreen presence in those movies and in “The Fiend Who Walked the West” (1958) and “The Best of Everything” (1959) did not warm the hearts of reviewers, however, and he returned to the garment industry.

After Evan-Picone was sold to Revlon (netting Evans $2 million, according to some sources), he decided to return to the industry in a producing capacity. He purchased the rights to a novel, “The Detective.” New York Times reporter Peter Bart chronicled Evans’ tale in an article that caught the attention of Fox executives Richard Zanuck and David Brown, who put him in charge of such projects as “Achilles Force” (which was never made) and “The Detective,” starring Frank Sinatra. But his stay at Fox was brief.

He befriended and charmed Charles Bluhdorn of Gulf & Western, which owned Paramount Pictures. The born salesman recognized another born salesman when he met him. In 1966 Bluhdorn controversially named the neophyte Evans VP in charge of production. By 1969 he was exec VP of worldwide production.

Evans’ early Paramount tenure included such monumental flops as “Paint Your Wagon” and “Darling Lili,” which were Bluhdorn’s pet projects. Evans oversaw disappointments including “Catch-22” and the 1974 “The Great Gatsby.”

But they were more than offset by Evans’ successes, starting with “Rosemary’s Baby,” “Romeo and Juliet,” “Goodbye, Columbus,” “Love Story” and “The Godfather” films. The degree to which he personally deserved credit for any of these has always been debated, and even Evans claims that some of the best decisions made during his tenure, particularly with respect to “The Godfather,” were arrived at over his objections.

Evans hired Bart at Paramount; Bart eventually joined Variety in 1989, and profiled Evans in his 2011 book “Infamous Players: A Tale of Movies, the Mob, (and Sex).”

As a studio ambassador Evans was a success. His attention to day-to-day production, however, soon deteriorated, exacerbated by his public divorce from MacGraw and growing cocaine dependency. He clashed openly with Francis Ford Coppola on “The Godfather” (and was slighted by Coppola when he accepted his screenplay Oscar). After Barry Diller was brought in over him in 1974, Evans eased into a producing deal. His first crucible was “Chinatown,” a tempestuous but ultimately successful enterprise that was nominated for 11 Oscars.

After that, Evans started to slowly go downhill even as a producer. Thriller “Marathon Man,” starring Dustin Hoffman, was a hit in 1976, and 1977’s “Black Sunday” did OK, but did not live up to expectations. His tennis drama “Players” (starring MacGraw) was a flop, and neither “Urban Cowboy” nor “Popeye” (both 1980) were big enough hits to restore his golden-boy reputation.

In 1980, at age 50, he was convicted of cocaine possession, during a period when widespread drug use was plaguing the industry and tarnishing its reputation nationally. Evans’ Rat Pack-style behavior was by then quickly falling out of fashion in an increasingly buttoned-down corporate town.

A personal dream, “The Cotton Club,” became a never-ending nightmare, taking up several years of Evans’ life and almost $50 million. The hybrid of music and gangsters found Evans begging Coppola to take over the reins. The results were uneven, but artistically interesting; the production was tied to underworld money and, in attempting to raise more funds for the film, Evans became involved with Radin, whose murder seemed to be a case of life imitating art. The scandal cast a large shadow over Evans that he never successfully overcame. “The Cotton Club,” released by Orion Pictures in 1984, went down in flames.

Evans planned to make an acting comeback in 1985 in “The Two Jakes,” a sequel to “Chinatown” to be directed by Robert Towne (who wrote the original). But he had not grown as an actor and, soon after production began, Evans was fired. The film was shut down, only to be revived in 1990 under the direction of Jack Nicholson, who co-starred with Harvey Keitel. Evans was distanced from the sequel, which was a failure.

He returned to Paramount in the early ’90s as a producer, but the salacious “Sliver” (1993) and “Jade” (1995) were both significant failures. The comic-book-like “The Phantom” (1996) also sank without a trace. In 1997 Evans produced “The Saint,” based on the long-running TV espionage-adventure series. He’d been nurturing the project for several years and hoped the film would be the first entry in a franchise. But the movie, starring Val Kilmer, didn’t turn out as well as expected and the sequels never came to pass.

His private life once again made the headlines when Evans’ name was mentioned among the customers for Hollywood madam Heidi Fleiss’ service. An entire chapter on his sexual habits was detailed in the salacious and hyperbolic book “You’ll Never Make Love in This Town Again.” Evans had already published a frank memoir of his life, 1994’s “The Kid Stays in the Picture,” admitting some of his virtues and his vices.

In 1998 Evans suffered a stroke that left him paralyzed on one side and unable to speak, but he eventually made a full recovery after much therapy.

He made a triumphant return in some sense with the 2002 documentary adaptation of “The Kid Stays in the Picture,” directed by Nanette Burstein and Brett Morgen, in which Evans idiosyncratically discussed his life.

Taking advantage of the increased exposure, he exec produced “Kid Notorious,” a 2003 animated series based on his unique persona for Comedy Central. The same year he produced the successful romantic comedy “How to Lose a Guy in 10 Days.”

He was married and divorced seven times, first to actress Sharon Hugueny, then to actress Camilla Sparv and, after his divorce from MacGraw, to former Miss America Phyllis George. His brief 1998 marriage to actress Catherine Oxenberg was annulled. Thereafter he was married to Leslie Ann Woodward and Victoria White.

He and MacGraw had a son, Josh, an actor and director. Survivors also include a grandson.