Continue to Variety SKIP AD
You will be redirected back to your article in seconds
Jul 25, 2019 9:11am PT 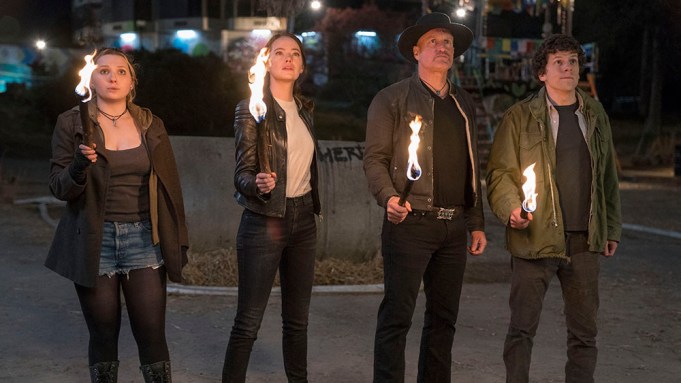 It is officially time to, once again, nut up or shut up.

The first trailer for “Zombieland: Double Tap,” the sequel to the 2009 comedy, dropped on Thursday and finds the original cast of Woody Harrelson, Jesse Eisenberg, Abigail Breslin and Emma Stone back in zombie-fighting action.

The gang has taken up residence in an unoccupied White House, and seems to have zombie-hunting and their own family dynamic down to a science. However, a couple of new human survivors, played by Zoey Deutch and Avan Jogia, shake things up. Plus, they also have to face new kinds of zombies that have evolved since the first film as they travel through the heartland.

Original director Ruben Fleischer (“Venom”) reunited with writers Rhett Reese and Paul Wernick (“Deadpool”) for the sequel, with Dave Callaham also writing. Gavin Polone returns as producer, with Reese, Wernick and Fleischer executive producing along with Rebecca Rivo and David Bernad. The original grossed $102 million worldwide a decade ago and was well received by critics.