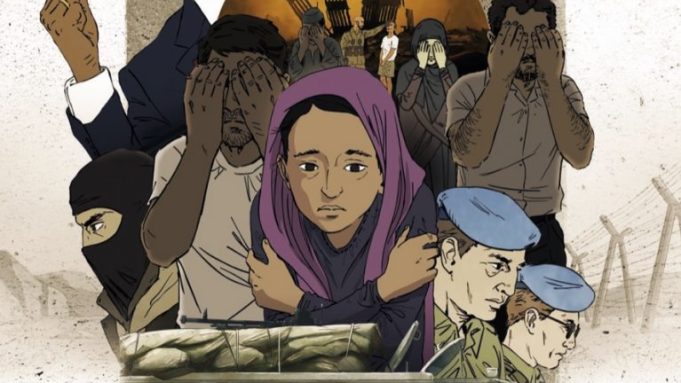 Based on six in-depth investigations spearheaded by 11 female journalists, the animated documentary weaves animated sequences chronicling stories of sexual violence in times of war across the world, notably in Ukraine and Syria, with live action segments featuring survivors, whistle-blowers and psychologists.

Mukwege is a prominent Congolese gynecologist who founded the Panzi Hospital in Bukavu, where for decades he has been treating thousands of women who have been raped by armed rebels. He was jointly awarded last year’s Nobel Peace Prize with Iraqi Yazidi human rights activist Nadia Murad.

The partnership with the Mulwege Foundation is set to support and give greater visibility to the initiative “Global Network of Victims and Survivors to End Wartime Sexual Violence” which aims at connecting all survivors on a single platform. “Zero Impunity” is now launching a major appeal for donations to its community of more than 400,000 people.

“In order for a voice to exist, it must be listened to. It’s a basic social mechanism. We wanted to highlight the role that we can all play, we can provide a listening ear and empathy,” said the documentary’s co-directors Nicolas Blies and Stéphane Hueber-Blies.

“By refusing to listen to those who speak up, we become complicit in impunity. On the other hand, by listening actively, each of us can takepart in spreading the messages of those who speak up and making their words resonate,” added the filmmakers.

Camera Talk (“Soundhunters) and Webspider co-produced the doc in France. “Zero Impunity” was also supported by Film Fund Luxembourg and the French CNC.