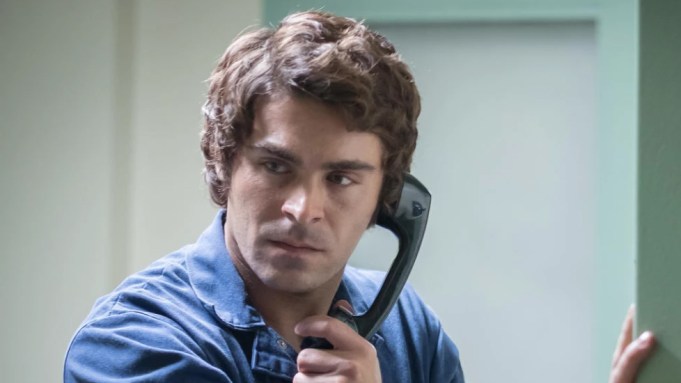 “Extremely Wicked” premiered at this year’s Sundance Film Festival and portrays Bundy’s crimes from the perspective of his longtime girlfriend, Elizabeth Kloepfer (Lily Collins), who refused to believe the truth about him for years.

“For years, I’ve carried this guilt that I’m to blame for everything,” Collins says in the trailer.

The footage begins with Collins waiting to have a jailhouse chat with Efron, and recollecting the night they first met and their initial flirtations.

Collins then asks, “Ted — did you do it?” with an emotion-free Efron responding simply, “No.”

Netflix bought “Extremely Wicked, Shockingly Evil and Vile” for at least $6 million during Sundance. The film opens May 3 in select theaters and on Netflix.