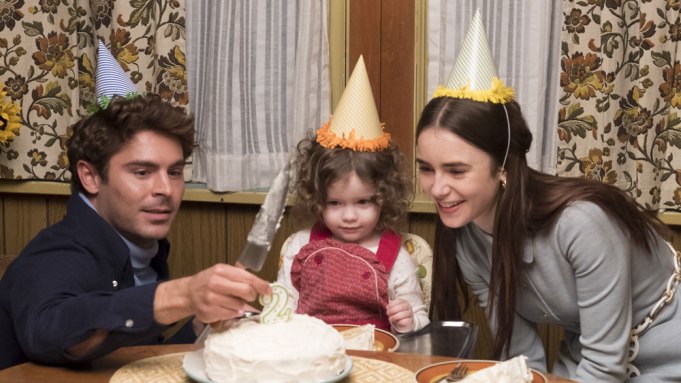 Zac Efron wasn’t sure if he could portray Ted Bundy in “Extremely Wicked, Shockingly Evil and Vile,” a drama that premieres at this year’s Sundance Film Festival. “Initially, I had reservations about playing a serial killer,” Efron tells Variety in his first interview about the project. “I’ve seen people make horror films like this before, and it seems like an aggressive play to separate yourself from a perceived image. And it’s got a lot of killing and hacking and slashing. I think I’ve seen that before too many times.”

Instead, his latest movie—one of the most anticipated titles out of this year’s Sundance — is a character study about Bundy’s double life as a serial killer. There’s almost no violence or gore depicted throughout the film. Most of the story is told through the viewpoint of Bundy’s girlfriend, Liz Kloepfer (Lily Collins), who wants to believe that he’s innocent, even as police officers suspect he’s connected to the disappearance of multiple victims. Before he was executed in a Florida prison in 1989, Bundy confessed to murdering more than 30 women.

The role is a departure for Efron, who is better known for his more amiable roles in comedies such as “Neighbors” or “Baywatch.” There’s a tradition of former Disney stars gravitating toward dark material to prove their range. But that wasn’t what appealed to Efron about Bundy. “This movie was really about a human being, somebody that perhaps I would have been friends with,” says Efron, who is 31. “And a love story from a very unique perspective. I’ve never seen that before. It’s intriguing to me. I think it’s more psychological and even more kind of a mindf–k.”

This month marks the 30th anniversary of the Bundy’s execution, and there’s been renewed interest in his crimes. Interestingly, two high-profile Bundy projects are both from the same person. The Netflix docuseries “Conversations With a Killer: The Ted Bundy Tapes” was made by “Extremely Wicked’s” director Joe Berlinger. “I’ve spent the last two years deeply immersed in Bundy, both scripted and unscripted,” Berlinger says. For his first narrative film, which Berlinger was working on at around the same time, he knew how he wanted to approach Bundy’s life.

“I just thought that was an interesting way into the story, to turn the genre on its head,” says Berlinger, who has a long career making true-crime documentaries including the “Paradise Lost” series. “We’re not with Ted as he’s doing the killings. Those films, ‘Seven’ and ‘The Silence of the Lambs,’ have been done brilliantly.” Berlinger decided to focus on Bundy’s relationship with his longtime girlfriend. “What I wanted to do is pose the question: is a psychopath capable of love? Why didn’t he kill her?”

Unlike most independent films, “Extremely Wicked” came together quickly. Berlinger read the script from his agents at CAA and he liked the idea of casting Efron as Bundy, because it played against his likeable persona. “He has 37 million followers on Instagram and he’s one of the main heartthrobs for a certain age of young female,” Berlinger says. “Because Bundy’s character is so wrapped up in his sex appeal and charm, I loved the idea of subverting Zac’s sex appeal and charm.” They immediately hit it off. “I was on my way to South Africa, shooting a surfing doc,” Berlinger says. “As I’m taking off at JFK, my agents, ‘What do you think of Zac?’ I thought this would be stop one of 8,000 baby steps.” When Berlinger landed in Namibia, he heard that Efron wanted to talk on the phone.

Efron had to undergo a dramatic physical transformation to play Bundy. He only ate plant-based foods to slim down. “I lost 13 pounds,” Efron says. “It was a rather large transformation and lifestyle change. I have a road bike that I ride around, well, everywhere. I put that on a stationary trainer and every morning, I would get up and cycle on that for an hour and watch something episodic like ‘Ozark.’ I wasn’t eating carbs. I kind of just trimmed down a lot and really controlled my diet.”

The actor studied footage of Bundy at his trial. “Something clicked pretty early on, and it was kind of scary,” Efron says. “It was that Ted and I had quite a bit in common in the way we carried ourselves. There are a few mannerisms. You can tell he’s a bit bashful. He’s kind of shy. He’s a well-spoken guy, but he hides his anxiety with a bit of a smile. I didn’t want to do too much of an impersonation.”

As part of his research, Efron also spent some time talking to people who knew Bundy. “A lot of them were shocked,” Efron says. “They could not believe that such a strait-laced, pleasant, smart, smiling, calm individual was responsible for such horrendous, horrific crimes. And that makes him all the more fascinating, because really he was loved by nearly everyone around him. Even people in prison enjoyed their time with Ted Bundy.”

Efron knew that he had to walk a fine line with the film. “I feel a responsibility to make sure that this movie is not a celebration of Ted Bundy,” Efron says. “Or a glorification of him. But, definitely, a psychological study of who this person was. In that, there’s honesty.”