Woody Allen: ‘I’ve Done Everything the #MeToo Movement Would Love to Achieve’ 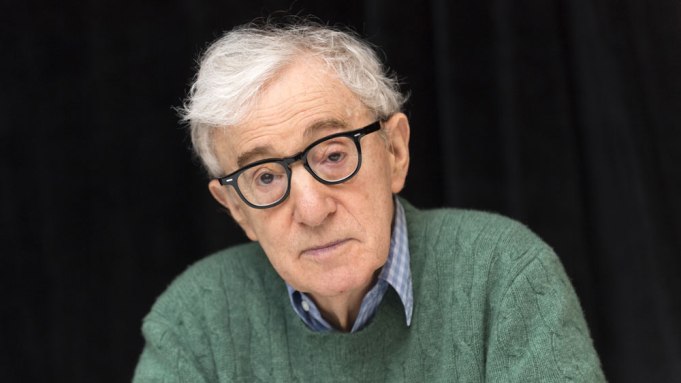 Woody Allen is maintaining that he is a self-proclaimed “poster boy” for the #MeToo movement and says he doesn’t care that parts of Hollywood and the film industry have shunned him.

“I’ve worked with hundreds of actresses; not one of them has ever complained about me, not a single complaint. I’ve worked with, employed women in the top capacities, in every capacity, for years and we’ve always paid them exactly the equal of men,” Allen said in an interview with France24. “I’ve done everything that the #MeToo movement would love to achieve with everybody.”

When asked if he regretted calling himself a “poster boy” for the #MeToo movement in a 2018 interview, the director stood by the statement, saying, “I should be.”

Amazon Studios shelved Allen’s “A Rainy Day in New York” for U.S. release after the #MeToo movement prompted renewed scrutiny over Allen’s 1991 alleged molestation of his then seven-year-old adopted daughter Dylan Farrow. The film is still set to open across Europe and will have its premiere at the Deauville Film Festival in France on Friday.

“To me, the movie is being released all over the world,” he said. “If people enjoy the movie, I think it will eventually be released in the U.S.”

Allen claims he doesn’t care about the financial toll of so many in Hollywood distancing themselves from him, including actors Timothée Chalamet and Rebecca Hall, who both expressed regret over being involved with “A Rainy Day in New York” and have declined to promote the film.