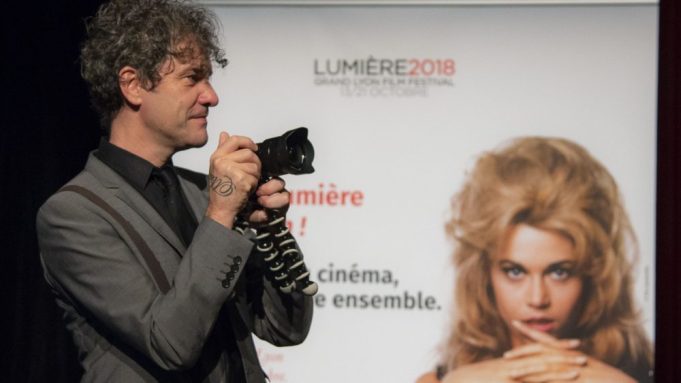 The first trailer for Mark Cousins’ epic documentary “Women Make Film,” whose full-length 14-hour version receives its world premiere at the Toronto Film Festival, has been launched by Dogwoof and Hopscotch Films.

The narrators are seen driving in the trailer, taking the viewer on a literal road trip. The film is subtitled “A New Road Movie Through Cinema.”

Swinton sets out the premise and goal of the documentary. “Most films have been directed by men. Most of the recognized so-called movie classics were directed by men,” she says. “For 13 decades and on all six filmmaking continents, thousands of women have been directing films, too – some of the best films. What movies did they make? What techniques did they use? What can we learn about cinema from them?”

Described as a film school through the eyes of women, “Women Make Film” uses more than 700 clips from 183 female filmmakers to help tell its epic history of women’s integral role in the development of the art of film. A four-hour teaser first installment, narrated by Swinton, premiered at the Venice Film Festival last year.

The first of the five parts that Cousins prepared for Toronto focuses on how female directors achieve tone and believability, introduce characters, capture conversations, and handle framing and tracking shots. The second looks at how directors stage scenes, capture journeys and discoveries, depict the adult child, and exercise economy, editing, point of view, and closeups. The third installment shows how its directors portray bodies, sexuality, home, religion, work, politics, changing gears, and comedy. The fourth section focuses on female directors’ handling of melodrama, sci-fi, depictions of hell, tension, stasis, what is left out, story reveals, memory, and time. The final program looks at the depiction of interiors, the existential, love, death, endings, and song and dance.

“Each part stands alone,” Toronto documentary programmer Thom Powers wrote on the festival’s official website. “You can sample just one or view them in any order. Whatever you choose to explore, a world of discovery awaits you.”

Produced by John Archer for Hopscotch Films and Dogwoof, “Women Make Film” is written and directed by Cousins, and edited by Timo Langer. It is executive produced by Swinton and Clara Glynn. Dogwoof is handling international sales.