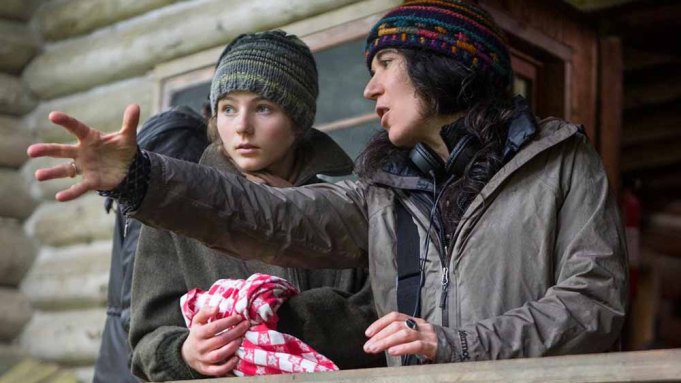 It was an anticipated takeaway from this year’s Oscar nominations announcement, but that doesn’t make it any less unfortunate: Despite a number of worthy contenders to choose from, female filmmakers were shut out of the directing category.

From Lynne Ramsay’s “You Were Never Really Here” (an Amazon release that received a Cannes screenplay prize) to Debra Granik’s “Leave No Trace” (a Sundance entry notably recognized by the Los Angeles Film Critics Assn. last month), great work from deserving women was certainly on the table. Ramsay, in fact, was — along with “BlacKkKlansman” helmer Spike Lee — the most laureled filmmaker on the critics’ awards circuit after Alfonso Cuarón.

Marielle Heller (“Can You Ever Forgive Me?,” a Telluride Film Festival favorite) and Chloe Zhao (“The Rider,” named the year’s best film by the National Society of Film Critics) were other acclaimed players that arguably deserved to make the lineup. Tamara Jenkins (“Private Life”), Karyn Kusama (“Destroyer”), Mimi Leder (“On the Basis of Sex”) and Josie Rourke (“Mary Queen of Scots”) were options as well.

Nominees were ultimately Cuarón for “Roma,” Lee for “BlacKkKlansman,” Yorgos Lanthimos for “The Favourite,” Adam McKay for “Vice” and Pawel Pawlikowski for “Cold War.”

So what happened? Clearly the critics did what they could, particularly with Ramsay, Granik and Zhao. In the cases of Bleecker Street’s “Leave No Trace” and Sony Classics’ “The Rider,” tight awards budgets are certainly part of the equation. But it’s a particularly sour note to hit a year after Greta Gerwig became just the fifth woman nominated by the Academy’s directors branch, and amid an ongoing discussion of gender parity in the industry.

Executive leadership at Women in Film, an organization that strives for gender equality in Hollywood, issued a statement on the snub on Tuesday: “Women In Film celebrates all of the women whose remarkable work in front of and behind the camera has been acknowledged by the Academy. However, today’s Oscar nominations also reiterate that we still have real work to do to achieve parity for women across the screen industries – particularly for female directors, whose extraordinary work this year has notably been all but forgotten by Awards acknowledgement.”