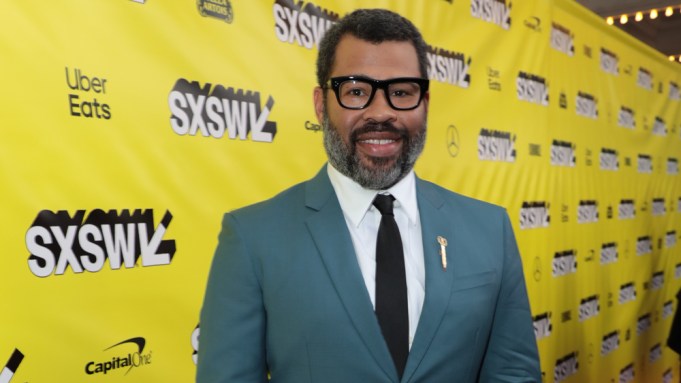 The writer-director has made no secret about smoking some weed while he was writing “Get Out.”

“I didn’t know if [‘Get Out’] was ever going to get made,” Peele said at the 2018 African American Film Critics Association Awards gala. “I’d go home, smoke a little bit of weed and I would write. I would watch this movie in my head, this movie that I wish somebody would write for me to watch and that was it.”

He now tells Variety that he didn’t indulge as much while writing “Us,” his new horror thriller starring Lupita Nyong’o and Winston Duke.

“You know what? Less, way less,” Peele said Friday night at South by Southwest’s opening night premiere of “Us” in Austin. “I’ve got a son now. I’ve got responsibilities.

“I had to make this movie efficiently and now that I know people will listen, I had a whole different responsibility,” he added, before joking, “I’m getting my act together.”

Nyong’o and Duke star as parents of two young kids who find themselves being hunted by a family that looks just like them. The film is full of layers and nuance that have left audiences asking a lot of questions about what everything means in the movie.

“You need to see the movie because there are a lot of messages to take away,” Peele told Variety. “What I have talked about so far is that we as a culture, we are afraid of invaders. We are afraid of the outsider. Our fear lies in this idea that a bad guy is coming to get us. This movie is about the fact that we are our own worst enemy.”

“You should already be scared of scissors,” Peele said, laughing. “I love that everyday objects are used as weapons in horror films.”