Why James Corden Felt Like He Was ‘High’ While Filming ‘Cats’ 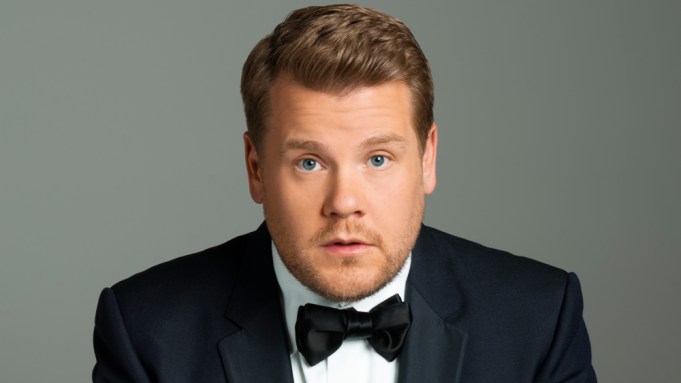 James Corden is very nervous. Sure, he’s hosted the Tonys once before, but he’s doing it again on Sunday and he’s worried about the opening number.

“As it stands right now, a potential disaster,” Corden told Variety on Thursday morning during a break from Tony rehearsals. “It’s ambitious. Look, we want to make an opening that tells people that there is a show and that’s it’s happening and it’s live and it’s now.”

He continued, “This is a room I think per square meter the most talented people on planet Earth. We’re going to try to celebrate as best as we can, but it’s ambitious. There’s no denying it.”

All that preparation is making him restless. “Two nights ago I did not sleep and my wife woke at like 4 a.m. and she was like, ‘Babe, what are you doing?’” Corden said. “I was like, ‘This is a silly idea. What if I fall over? What if I can’t do it?’”

“We had two days where it was myself, Rebel Wilson, Idris Elba, Taylor Swift, Dame Judi Dench and Sir Ian McKellen filming in the same scene and we’re all pretending to be cats. There is a very definite moment where you don’t know if you’re high or not,” Corden recalled. “I’m like, ‘I ate some gummies at lunch. Were they actual gummies or is that just marijuana? Because this is right up there with the strangest experiences you could ever have.”

As for the big night, Corden is rooting for the musical “The Prom,” about a high school lesbian who is not allowed to bring her girlfriend to the prom.

“I loved it so much,” Corden gushed. “I think it’s really really hard to make a show that is about something, has meaning and is funny. They pulled that off. The entire cast is incredible.”

After the Tonys, Corden heads to London, where he’ll shoot four special episodes of “The Late Late Show With James Corden.” It’s his third time doing the show from his hometown.

He may or may not be trying to court members of the royal family to be on the show. “They’ll all be there,” Corden cracked. “The Queen is going to ambush the [monologue]. It’s going to be like the opening of the Olympics. No, we don’t even ask! They’re the royal family. They can’t be on a talk show!”