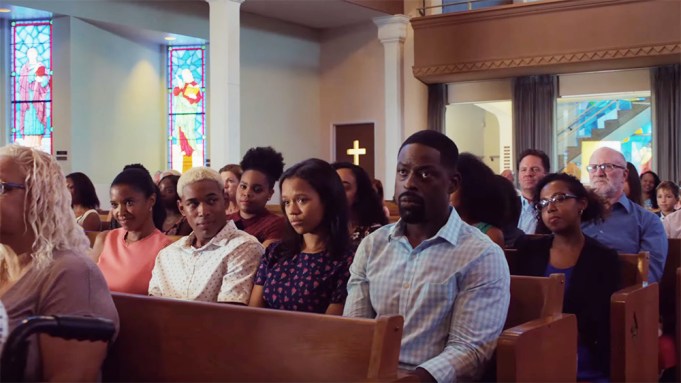 Sterling K. Brown plays a father attempting to hold his family together through tragedy and hardship in the first trailer for Telluride Film Festival darling “Waves.”

In the visually stunning and heart-wrenching trailer, Ronald (Brown) delivers an amalgamation of a familiar verse from Corinthians: “Love is patient, love is kind, love is not rude, it doesn’t boast, love also forgets wrong” as his South Floridian suburban family heads to church and shares a tense meal together while they cope with loss.

Ronald’s son Tyler (Kelvin Harrison Jr.) faces the pressures of being a high-school athlete — drinking, quarreling with his family, winning a wrestling match and sharing tender moments with his girlfriend Alexis (“Euphoria”‘s Alexa Demie) in the ocean. Ronald checks in on his daughter Emily (Taylor Russell), who breaks down while speaking with her father in what appears to be a park.

“Lord knows I’ve held on to way too much hate in my life,” Ronald tells Emily as they’re talking. “But all we have is love. All we have is now.”

“Waves” was written and directed by Trey Edward Shults and distributed by A24. The drama, which received rave reviews after its Telluride premiere, also stars Renée Elise Goldsberry (“Hamilton”) and Lucas Hedges (“Lady Bird”). The film will screen at Toronto International Film Festival and hit theaters in November.