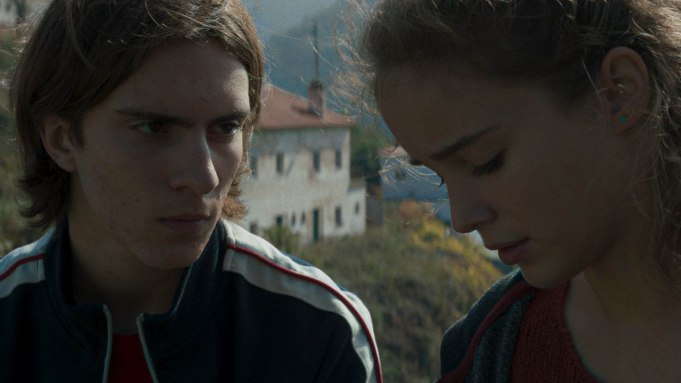 SAN SEBASTIAN — Sales house The Match Factory is launching exclusively via Variety the trailer of “Patrick,” Gonçalo Waddington’s debut feature, as the film world premieres in the Official Selection at the San Sebastian Festival.

Screening in main competition, “Patrick” recounts the story of an eight-year old Portuguese boy, Mario, who is re-discovered years later after being imprisoned in a Parisian jail, aged 20, now called Patrick. It is loosely inspired by the true-life story of an 11-year old child called Rui Pedro who was abducted in Portugal in 1998 and never found.

Patrick has become a borderline criminal who lives with Mark, a 45-year old artist in Paris, having been involved in child pornography since his abduction. He must choose between a lengthy prison sentence or returning to his family in Portugal where, because of his abduction, he would be given a much softer sentence.

A Portuguese-German co-production between O Som e a Fúria, one of Portugal’s leading production companies, and Augenschein Filmproduktion, the film also involves German and Portuguese public broadcasters ZDF/Arte and RTP.

“Patrick” has attracted significant interest for a debut feature. It was selected for the Berlinale co-production market in early 2016, and then took part in the Sundance Mediterranean Screenwriters Workshop, where the makers were mentored by Greek director Athina Rachel Tsangari, which made it possible to put together a €2 million ($2,2 million) budget.

Shooting started in October 2018 and went on for nine weeks in Paris, Cologne and Sertã, as well as on a few roads in Spain and Belgium.

Born Sept. 25, 1977 in Lisbon, helmer Waddington is an acclaimed playwright, stage director and actor, having starred in films such as Miguel Gomes’ “Arabian Nights.”

In his Director’s Note, Waddington wrote: “The disappearance or abduction of children is usually addressed through the perspective of the parent’s pain and suffering. On the other hand, we rarely have enough information to look at the other side of the tragedy – what happens to the child after the kidnapping and his life will be during and after this experience.”

There is a sort of statelessness in the life of Patrick. “He’s not a boy, nor an adult. He’s not Portuguese, nor is he French. He’s not homosexual, nor heterosexual. Amid these ambiguities lies the true driving force of the film: Someone who is in search of himself, while others are trying to find someone that he used to be, a boy in a photo.”

Waddington added: “A coming-of-age movie, one could say, where the growth of the character can only happen with the destruction of everyone else’s expectations of him.”

“In order for him to find out who he truly is, he must not become the love his cousin wants him to become; he must not be the monster the aunt thinks he always was, and he must never ever go back to being the boy he once was for Mark, the friend, the father, his one true love,” he said.