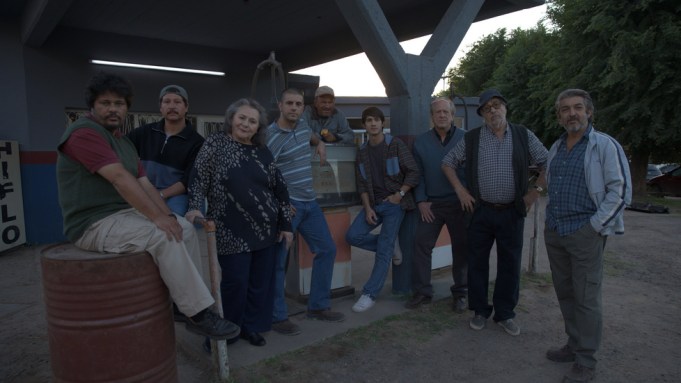 Variety has been given access to an exclusive clip and poster from Toronto Special Presentation “La Odisea de los Giles” (“Heroic Losers”) which, starring Ricardo Darín, has just scored in is native Argentina a standout opening weekend of Peso 58.8 million ($1.1 million) and 316,300 admissions for Warner Bros. Pictures.

With “Heroic Losers” having released on Thursday Aug. 15, that four-day first weekend bow is two-to-three times better than any other national title of the year, putting “Heroic Losers” well on track to become the highest-grossing Argentine movie of 2019 in Argentina.

The news would be if the film hadn’t made that kind of box office. It has been released in prime mid-August box office real-estate, when local audiences now expect a big Argentine movie.

Rarely, moreover, has an Argentine movie weighed in with such a pedigree package. A feel-good revenge heist comedy-thriller, studded with tragedy which gives the film momentary harder edges, “Heroic Losers” features the star, Darín, and co-screenwriter, Eduardo Sacheri of the Academy Award winning “The Secret of Their Eyes.” It is based, like “The Secret,” on a Sacheri novel, here his “La Noche de la Usina.”

On board are K & S Films and Film Factory Ent., producer and sales agent of “Wild Tales,” “The Clan” and “The Angel,” all August Argentine releases, as is Spanish production house Mod, which won an Academy Award with “The Sea Inside.”

“Heroic Losers” re-teams Darín, the most bankable of South America-based stars, with director Sebastián Borensztein, helmer of one of his highest-profile hits, “Chinese Takeaway.”

No Argentine movie since “Wild Tales” has assembled such a weighty key cast of local stars, plus Colombia’s Andrés Parra.

Coming a good way into the film, the clip needs some explaining.

Darín plays Fermín, an ex-soccer player who scored of a legendary, if fluke, goal for the local team in Alsina, his home village, stuck deep in the Argentine sticks. At the beginning of “Heroic Losers,” he persuades village-folk – a motley crew of Coenesque odd-balls, led by Fontana (Luis Brandoni), an anarchist, Belaunde (Daniel Aráoz), the local station master, the slow-on-the-uptake Gómez brothers (Alejandro Gigena and Guillermo Jacubowicz) and Medina (Carlos Belloso), the self-styled local Rambo – to put up their life savings to create a local cooperative.

Raising $300,000, he deposits it in the local bank where, during Argentina’s 2001 run on the banks, it is stolen by the bank manager and Manzi, a heinous lawyer, who deposits it in a vault which he builds in an innocent-looking copse, surrounded by a field of cows.

When Fontana fortuitously learns of Manzi’s vault, Fermín, inspired by William Wyler’s “How to Steal a Million” conceives a plan to persuade Manzi to think that the vault’s alarm system has gone haywire and so not take any notice of it. In the clip, he attempts to explain the plan to other ex-members of the co-operative.

Some details of “Heroic Losers” – the ominousness of the date August 2001 – might fly over foreign spectators’ heads.

But they will share its driving sentiment. “In the dictionary,” Fermín says in a voiceover which begins the film, “’Gil’ is someone who is slow-witted, a dullard and gullible. Working people who are honest, who follow the rules, end up becoming synonyms for ‘gil,’” he laments.

“Heroic Losers” shows ordinary people fighting back. The film also springs from Darín’s own delight at people pulling together, he told Variety back in April. Film shoots are a good example, he went on. Argentina is building up to a bitterly fought election. In such a divisive world at large, the teamwork of “Heroic Losers,” carried out by supposed ‘giles,’ may be one of the film’s potential major pleasures.