How to Watch the SAG Awards Nominations Live 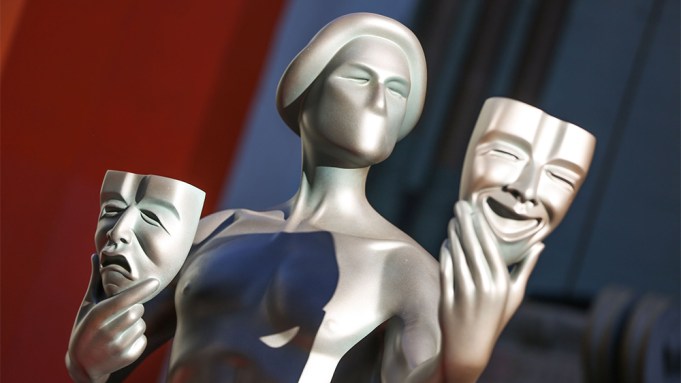 America Ferrera and Danai Gurira will announce the nominations for the 26th Annual Screen Actors Guild Awards on Wednesday at the Pacific Design Center in West Hollywood, Calif., beginning at 7 a.m. PT.

The announcement will air live on TNT, TBS and truTV, and stream on YouTube, tntdrama.com/sag-awards, truTV.com and sagawards.org.

The SAG Awards nominations will commence at 6:50 a.m. PT with SAG Awards committee chair JoBeth Williams and SAG Awards committee member Elizabeth McLaughlin honoring the stunt ensemble nominees during a live webcast on sagawards.tntdrama.com and sagawards.org. Afterward, SAG-AFTRA president Gabrielle Carteris will introduce Ferrera and Gurira before announcements are made.

“The Irishman” is expected to receive nods, with its leading actor Robert De Niro already set to be honored with the 2019 SAG life achievement award for career achievement and humanitarian accomplishment. “Marriage Story,” “The Farewell,” “Joker” and “Once Upon a Time in Hollywood” should also receive nods. “Marriage Story” already nabbed six Golden Globes noms, with the “The Irishman” and “Once Upon a Time in Hollywood” each earning five Golden Globes nominations.

The 26th Annual SAG Awards ceremony will be simulcast live on TNT and TBS on Jan. 19 at 5 p.m. PT. Kristen Bell became the ceremony’s first-ever host when she emceed the 24th SAG Awards in 2018 and Megan Mullally led last year’s ceremony. A host has not yet been announced for the 2020 show.