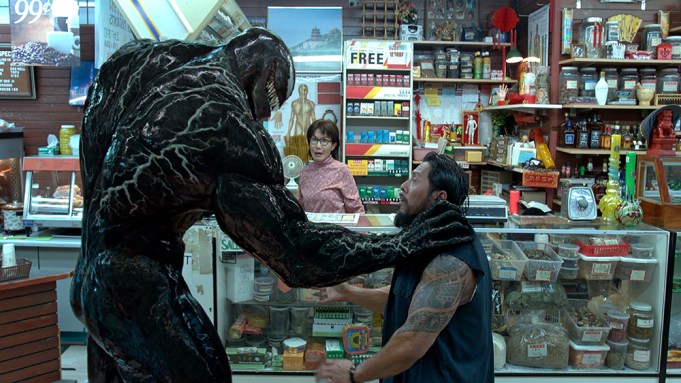 Serkis was among a handful of filmmakers that met earlier this month, a group that included “Bumblebee” helmer Travis Knight and “Rise of the Planet of the Apes'” Rupert Wyatt. Ruben Fleischer directed the first movie in 2018, but isn’t returning as he is in post-production on the studio’s “Zombieland: Double Tap.” Sony hopes to shoot the follow-up to “Venom” in the fall.

Hardy is returning as the journalist-turned-alien symbiote. “Venom,” from Sony Pictures’ catalog of Marvel characters, became a surprise hit for the studio. The comic-book adventure grossed $213 million at the domestic box office and a massive $855 million worldwide. The news comes after Sony recently dated an untitled Marvel sequel for October 2020. Superhero enthusiasts put the pieces together to assume that slot was for “Venom 2,” giving it the same release date as its predecessor.

Best known for his performance capture work in the “Lord of the Rings” and “Planet of the Apes” movies, Serkis has started moving behind the camera in recent years, most recently directing Netflix’s “Jungle Book” spinoff “Mowgli.” His other filmmaking credits include “Breathe” starring Andrew Garfield and Felicity Jones.

Serkis is repped by CAA and Principal Entertainment LA.