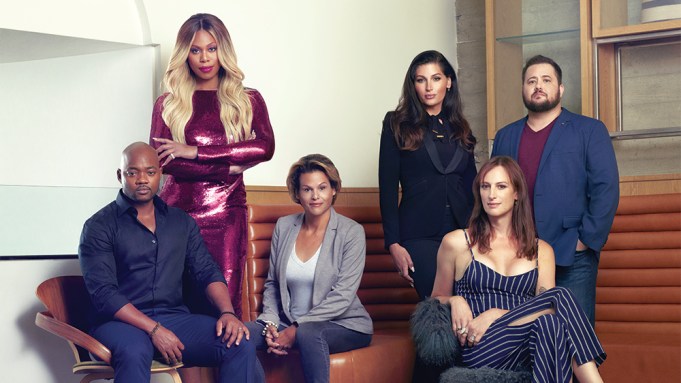 In addition to Variety‘s almost daily coverage of LGBTQ stories across its digital platforms, the magazine published its first transgender issue in August featuring a cover with Hollywood trailblazers Chaz Bono, Laverne Cox (“Orange Is the New Black”), and Alexandra Billings (“Transparent”). The three also participated in a roundtable discussion along with Trace Lysette, Jen Richards, and Brian Michael.

Most recently, the current issue of Variety includes “Broad City” star Abbi Jacobson discussing “discovering [her] queerness” after dating a woman for the first time.

Nominations for the 30th annual GLAAD Media Awards were announced live on Friday by Rodriguez and funny man Nico Santos (“Superstore” and “Crazy Rich Asians”) during a livestream from the Sundance Film Festival. There are 151 nominees among 27 categories. The nominated films include “The Favourite,” “Crazy Rich Asians,” “Love, Simon,” and “Deadpool.” As Variety first reported, GLAAD dropped “Bohemian Rhapsody” from the outstanding film category in the wake of additional sexual assault and misconduct allegations made against director Bryan Singer.

The GLAAD Media Awards ceremonies will be held in Los Angeles on March 28 at the Beverly Hilton, and in New York on May 4 at the Hilton Midtown.