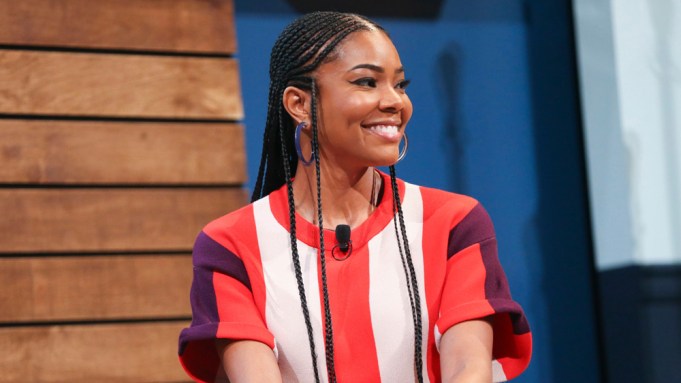 Variety’s 2019 Entertainment Marketing Summit, which brought top execs to Hollywood’s NeueHouse on Thursday, covered considerable ground. From cutting through the noise in an oversaturated media landscape to welcoming exciting technology like virtual reality, industry veterans offered insight into what to expect from the marketing world in coming years.

Here are 10 things we learned from this year’s Entertainment Marketing Summit presented by Deloitte.

Facebook’s plans to implement a “clear history” feature, which will allow its 2.32 billion monthly users to erase their digital footprint, has raised questions over how such a blockade from data-collecting will affect the media giant’s ad revenue. But Jennifer Howard, the group director for entertainment, technology, and connectivity at Facebook, doesn’t think this potential lack of data will necessarily decrease revenue made from ads. “Browsing history is really only a small fraction of the signals that point to what will resonate with consumers,” Howard said. The tech executive went on to add that social context is an especially important factor to consider when targeting ads, explaining that Facebook’s decreased emphasis on browsing data will allow the site to focus more on less quantitative elements. “Finding signals outside of data is a hard thing to do, but it’s imperative,” she said.

According to Kevin Westcott, a top entertainment executive at Deloitte Consulting, an over-saturated streaming landscape has caused media consumers — and millennials, in particular — to suffer from “subscription fatigue.” With over 300 million streaming services in the U.S. alone, millennials will often “piece together paid and free streaming to get the content they want,” Westcott explained. But in doing so, people end up with up to six different platforms to watch their favorites shows and movies, with increased original content only contributing more to the problem. “Consumers want to be able to have one or two subscriptions to get the content they want, which is why we’re seeing platforms begin to re-aggregate in a way that’s consolidating these streaming services,” he said. He cited the likes of Roku and Amazon Prime as leading examples, the latter of which allows users to stream HBO, CBS, and Showtime all under Prime’s umbrella.

Rainn Wilson is using his fame for good

Wilson, best known for his role as Dwight in “The Office,” said he’s happy to utilize the wide recognition he’s gained from the show to make a real impact with his new company SoulPancake, which he co-founded with Shabnam Mogharabi in 2009. “I kind of felt this responsibility as I became well known. Like ‘Wow, I have an opportunity here to do something good in the world. I really should do that with the gifts I’ve been handed by luckily getting onto a show like ‘The Office,’’” he said. The digital entertainment company, owned by Participant Media, creates both short and long-form content for Gen Zers and millennials. When asked why he wanted to cater to this audience, specifically, Wilson said, “Young people need hope and they need to talk about real s— like death and depression and suicide, but also stuff like joy and what inspires us. They need connection.”

Franchises will die if they don’t listen to their fans

Top execs for some of the industry’s leading franchises, including Marvel’s Mindy Hamilton and Sony’s Jamie Stevens, all had the same thing to say about keeping consumers engaged: Listen to the fans. “As Marvel expands in an evergreen space, we have to engage with our fans on a daily base,” Hamilton said. But she added that “the through line is authenticity” and that the “story is key.”

Stevens agreed with Hamilton, pointing to Sony’s own recent mistakes. “If we had listened to the die-hard fans of ‘Spiderman,’ we wouldn’t have made the animated film that we made,” she said, referring to the latest installment of the “Spiderman” franchise, “Into the Spider-Verse.” Janet Hsu, the CFO at Mattel, expanded on Hamilton’s sentiments when talking about the Barbie brand’s recent expansion into the entertainment sector. “Don’t just listen, but interact,” she said.

How Hulu “taps into culture” to understand their consumers

Nick Tran, the VP of brand and culture marketing at Hulu, explained how he “built culture within the walls” of the streaming service in order to connect with consumers in a deeper way. It’s been Tran’s main job, within Hulu’s unique Culture Innovation Lab, to spearhead the brand’s most viral marketing ploys. As an example of how Hulu taps into prominent conversations, he used their recent Mental Health Awareness Campaign in which they partnered with Egg Gang, the group responsible for the viral World Record Egg account that topped Kylie Jenner’s previously most-liked photo on Instagram.

Gabrielle Union is unwavering in her dedication to inclusivity

According to keynote speaker Gabrielle Union, being exclusive is not only the wrong thing to do, but is also bad business. With her extended-size clothing line for New York & Company, Union said she is committed to inclusivity, making clothes for women of every shape and walk of life. “I don’t want people to have to shape-shift to wear my clothes,” the actress and activist said. She said social media was a helpful tool in finding out what the modern-day consumer looked like, and what clothing they needed. “We’re very humble in that way, we don’t think we know our customer,” she said. “I’m getting to know the customer, they change, and if we want to grow our consumer base, we have to take in a lot of the information coming from the comments section.”

Allan Cook, a digital reality business leader at Deloitte, says virtual and augmented reality technology will become a pervasive part of all our lives sooner than we may realize. He compared VR and AR’s growth to that of smartphones 10 years ago: “If you would say that we touch our phones 100 times a day 10 years ago, I would look at you like you were crazy. But now the average person touches their phone 2,600 times a day,” he said. He maintained that the AR/VR space is already generating millions of dollars a day, with that number only expected to increase in the next three years. “In a few years, we’re gonna be buying everything in 3D,” he said. “We’ll be laughing that we were ever not able to virtually try out furniture through our phones.”

Why podcasts are an ever-growing goldmine for advertisers

iHeartRadio CMO Gayle Troberman discussed the high market-value of podcasts for advertisers in the modern day. According to Troberman, whose work has helped iHeart bypass NPR to become the most listened-to podcast channel in the country, said podcast listeners have an incomparable level of engagement and loyalty. “Compare 15 seconds of active engagement that podcast listeners have to the two-second average attention span people have for videos — it’s huge. People who listen to podcasts are all in,” she said. Bobby Bones, an on-air radio host best known for “The Bobby Bones Show,” agreed, adding that people spend so much time with their favorite podcasts, listening while they’re working out or taking long commutes, that they tend to trust what they hear, including ads.

Chris Spadaccini, the head of marketing at HBO, says the “Game of Thrones” team plans to take notes from “Harry Potter” and continue monetizing long after its upcoming series finale. He said its impending end will come with mourning, but that he hopes the franchise will live on for years to come. Future marketing ideas include converting the show’s iconic set into a theme park-like attraction. “We hope a new generation of viewers will be indoctrinated into the world of ‘Game of Thrones,’” he said.

Universal Pictures president Michael Moses discussed how social media feedback has impacted his executive decisions. Moses brought up the initial backlash to “Green Book” as an example, with hordes of people taking to Twitter to criticize the biopic. The team behind the film followed their guts, though, and “people ended up loving it,” he said. However, he admitted that there were times when listening to feedback on social media would’ve proven to be helpful. Moses said it took only one tweet for “First Man” to be taken out of the running for best picture. “Right out of the Venice Film Festival, someone tweeted that the flag wasn’t planted on the moon in the movie and all of a sudden it was game over,” he said.