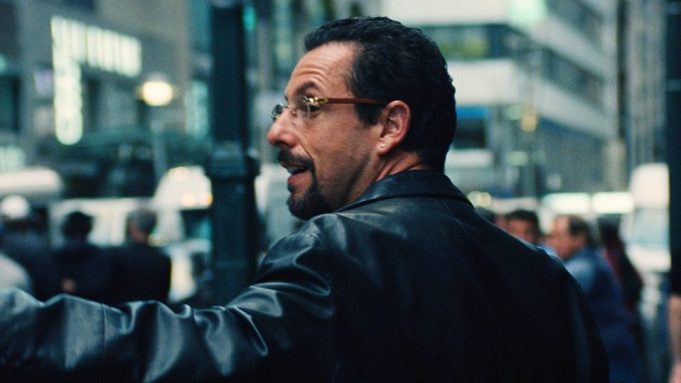 The new footage follows Howard Ratner (Sandler) in Manhattan’s diamond district, acquiring a rare Ethiopian opal which then-NBA Celtics player Kevin Garnett (playing himself) shows interest in. The basketball star borrows the stone as a good-luck charm, and believing in the gem’s power, Ratner bets on the subsequent Celtics game, a high-risk move.

“I made a crazy risk, a gamble, and it’s about to pay off,” Ratner says.

Ratner begins to face the backlash of his gambling, and those affiliated with him demand their money back after he uses it to place bets. It leads to dangerous situations where Ratner even yells, seemingly to his wife, Dinah (Idina Menzel), to “get the kids out of the house.” Later in the trailer, Ratner reveals a bedazzled figurine to a man named Demany (LaKeith Stanfield), gets punched in the face, faces marital turmoil with Dinah and clubs with the likes of musician The Weeknd (playing himself).

The film premiered to rave reviews at the Telluride Film Festival and again at the Toronto International Film Festival. Eric Bogosian, Judd Hirsch, Mike Francesa, Julia Fox and Pom Klementieff round out the cast.