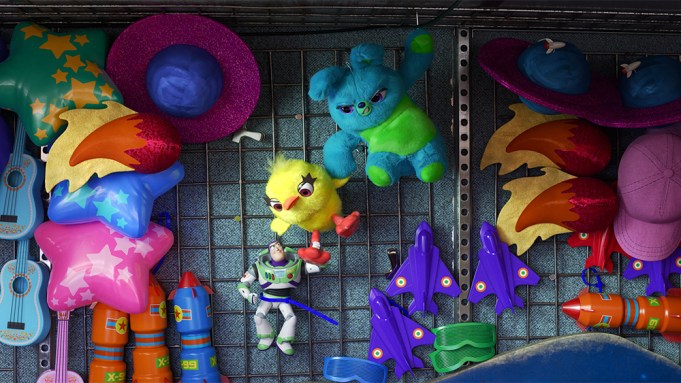 Bo Peep is back, along with the rest of the gang in the first official trailer for “Toy Story 4.”

Sporting a new look, complete with a purple cape, a light blue pantsuit, and a much more commanding demeanor, everyone’s favorite porcelain sheepherder is joined by a host of returning characters including Woody, Buzz, Mr. and Mrs. Potato Head, Hamm, and Slinky Dog.

Bo Peep’s updated look isn’t the only new addition to the franchise. Joining the cast is Tony Hale, who’s voicing a new character named Forky – more of an arts and crafts project than a toy – as well as comedy duo Keegan-Michael Key and Jordan Peele, who are playing a plush duck and bunny, respectively.

Both appeared in various teasers prior to the trailer, hinting at a much more expanded universe, rife with new toys for the franchises’ classic characters to interact with.

The film is set to hit theaters June 21.