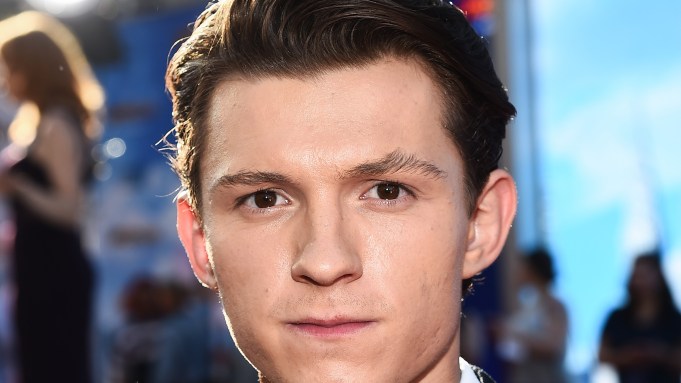 British actor Tom Holland showed face on the main stage at D23 on Saturday, in the thick of an ugly studio battle over the rights to his iconic Marvel character Spider-Man.

Headlines have been rolling in for days about the contentious battle for the cinematic future of the hero, after Sony Pictures became unwilling to offer up a significant share of future profits to Disney in exchange for the Midas touch of Marvel Studios president and producer Kevin Feige.

It was not a surprise to see Holland at the biennial convention held near Disneyland, at a convention center in Anaheim, Ca. He’s a co-lead on the original animation “Onward,” alongside Chris Pratt.

In the film, Holland and Pratt play elfen brothers with opposing personalities. While the pair are close with their mom, announced as “Veep” star Julia Louis Dreyfus, they both navigate their teen years having lost their father at a young age.

Disney Studios also revealed a new poster for the film and a first look at the characters in action. In the still, Holland’s character can be seen wielding a magical staff that appears to be shooting out some sort of magical beam.

Holland, 23, has played Spider-Man in numerous films produced by Marvel Studios, both in standalones from Sony Pictures and the “Avengers” series released by Disney. Variety reported this week about the contentious, monthslong battle to keep the quality control from Marvel Studios while still releasing standalone films at Sony.