Tom Hanks on Slowing Down to Play Fred Rogers 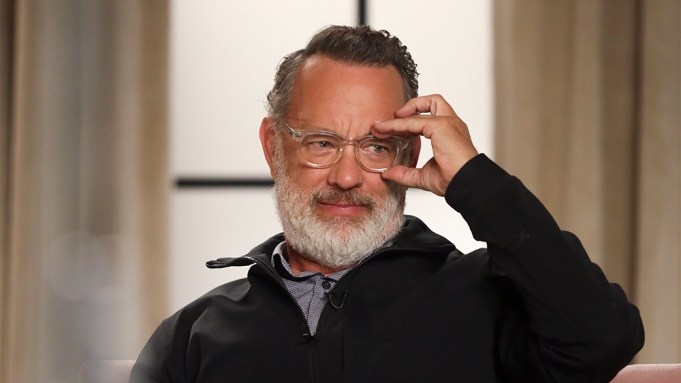 Tom Hanks says that almost no director before “A Beautiful Day in the Neighborhood” helmer Marielle Heller had ever asked him to slow down during a scene. But to play Fred Rogers, Hanks, who describes himself as a “wiseacre” with “a lot of energy,” had to pull back and find a stillness.

“I had a great difficulty slowing down,” he told “Judy” star Renee Zellweger during their conversation for Variety’s Actors on Actors. “And if I was going to show you, if we were going to sit down and [watch] the movie, I would get to a point and I would say, ‘That’s my first day of shooting.’ They had been working for two weeks, and this is my first day. Compare that first day of shooting stillness and a week later.”

He continued that Heller was instrumental in helping him achieve the character.

“Mari Heller did me a great favor because in the first meeting we had — I’m sure you’ve faced this as well as Judy, which is how deep are we gonna go on this look?…How far are we gonna go to reconstruct our body into these very well-known icons? And Mari just said, ‘We’ll do a wig and we’ll do some eyebrows, and that’s that.’ And I said, ‘Great.’ Knowing that that’s the parameters, that tells me where I’m going to have to make the construct of everything else that goes on.”