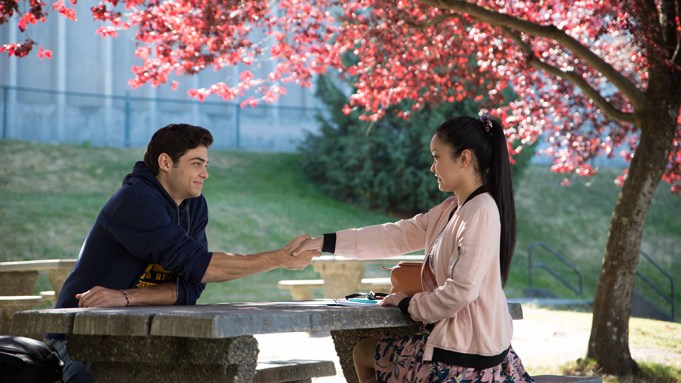 Netflix debuted a first look at the sequel to its hit romantic comedy, “To All the Boys I’ve Loved Before.”

The follow-up, titled “To All the Boys: P.S. I Still Love You,” catches up with high-school sweethearts Lara Jean (portrayed by Lana Candor) and Peter (Noah Centineo). But there’s a sense that things might not be as peachy as they seem.

Their relationship takes a complicated turn when Lara Jean’s old crush, John Ambrose McLaren (played by Jordan Fisher), shows up. He reveals that he received a letter from Lara Jean expressing her love for him in middle school, one of many sent out by her younger sister in the first movie.

“To All the Boys I’ve Loved Before” and “P.S. I Still Love You” are the first two books in Jenny Han’s young adult trilogy. Michael Fimognari, who served as director of photography on the original, directed the sequel. Susan Johnson helmed the first movie and executive produced the second. Sofia Alvarez wrote both films.

“To All the Boys I’ve Loved Before” was praised by critics and audiences alike and became a water-cooler hit for the streaming service. A conclusion to the series, titled “To All the Boys: Always and Forever, Lara Jean” is currently in production.

“To All the Boys: P.S. I Still Love You” has a timely release date, scheduled to hit Netflix on Feb. 12, just in time for Valentine’s Day.