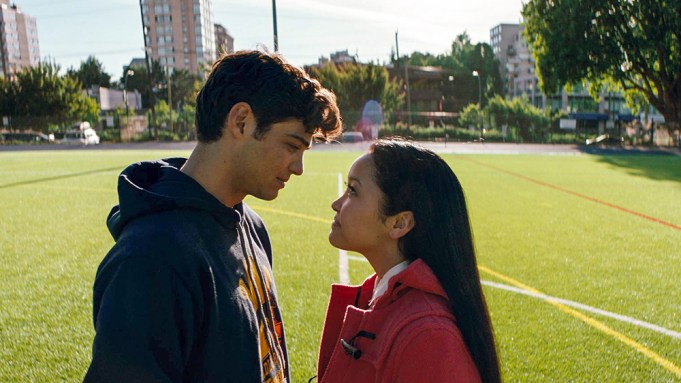 The threequel to the Netflix teenage rom-com “To All the Boys I’ve Loved Before” is already in production, Netflix and the cast announced on Thursday.

The movie series is based off Jenny Han’s bestselling trilogy following high schooler Lara Jean’s romantic entanglements. The 2018 first film of the series “To All the Boys I’ve Loved Before” was a huge success for the streaming service, and it announced a sequel that December. The second installment, “To All the Boys: P.S. I Still Love You,” will hit Netflix on Feb. 12, 2020, while a release date for the third movie, titled “To All the Boys: Always and Forever, Lara Jean,” has not yet been announced.

The two leads of the original, Lana Condor and Noah Centineo, made the announcement on Instagram with series newcomer Jordan Fisher, who will step in as Lara Jean’s new love interest in the sequel.

The trio made the reveal by flipping title cards reading, “You guys have been so supportive and loving and patient. So let’s just say, our movie is coming soon! What, you want more? ‘To All the Boys: P.S. I Still Love You’ premieres…February 12. We almost forgot something.” Centineo then walked in with a card on his head. Condor flipped the card for the big announcement: “‘To All the Boys: Always and Forever, Lara Jean’ is in production!”