Tiffany Haddish Wants to Host the Oscars … but Not by Herself 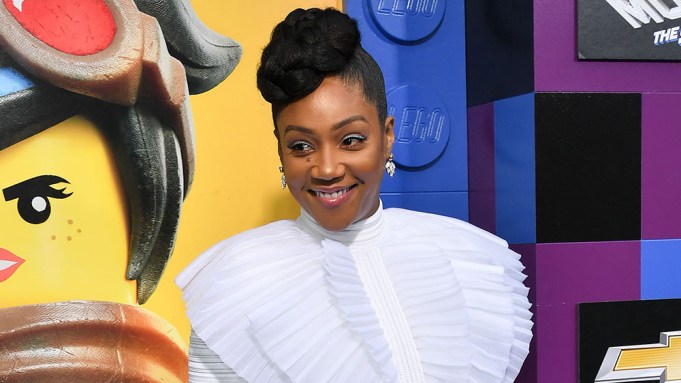 Though the Academy reversing course on its plan to go hostless at the Oscars seems unlikely at this point, if they were to do so, Tiffany Haddish could be their woman. But, not on her own.

The “Girls Trip” actress said at the Saturday premiere of “Lego Movie 2” that even though she’s “not doing it,” she’d like to host the ceremony in the future.

The Oscars is expected to forge ahead without a host for the first time in three decades after the Kevin Hart fiasco left the Academy reeling. The comedian stepped down from the post after homophobic tweets came to light, despite the Academy continuing to offer him the gig if he apologized.

Numerous names have been floated since as potential Academy Awards hosts, with the team of Haddish and fellow actress and comedian Maya Rudolph gaining steam after their presentation of the best documentary and best short feature at the 2018 Oscars.

As Variety previously reported, the current plan is that producers will select a crop of A-listers to introduce various segments instead of relying on one marquee name to kick things off. We’ll see how that goes.