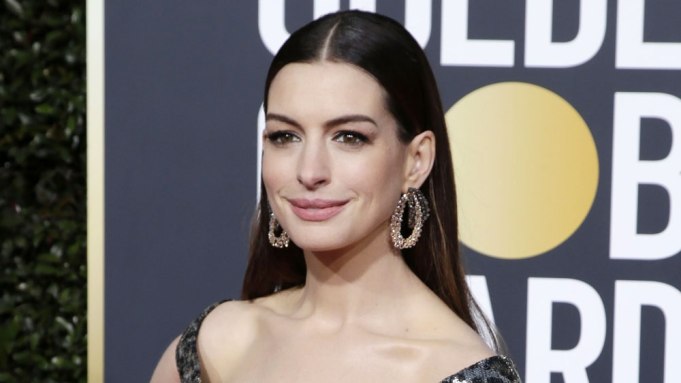 A crew member has been stabbed in the neck on the set of Anne Hathaway’s “The Witches” remake, which is being shot at the Warner Bros. Studios stages in Leavesden, Hertfordshire.

The Hertfordshire Constabulary said in a statement that the victim was hospitalized and his alleged attacker was arrested. The two men are believed to have known each other, according to the statement.

“Police were called at around 12.35 pm today to reports of an incident at Warner Bros studio production facility in Leavesden,” the police said. “One man sustained a neck injury and was taken to hospital by ambulance. A second man was arrested on suspicion of wounding with intent to do grievous bodily harm and is currently in police custody. It is believed the men are known to each other. Enquiries are continuing at this time to establish the circumstances around what happened.”

Warner Bros. said the incident was a police matter and declined comment. Hathaway has been cast as the Grand High Witch in Robert Zemeckis’ remake of the 1990 movie, which was based on Roald Dahl’s 1983 children’s book. Chris Rock and Octavia Spencer also star. It’s not known if any of the stars witnessed the attack.

The Daily Mail, which first reported the story, said the studio was locked down after a fight between a rigger and a stagehand took place while around 100 crew members were on set. One staffer told the paper that workers at Leavesden started messaging each other about what happened as multiple police vehicles arrived.