Continue to Variety SKIP AD
You will be redirected back to your article in seconds
Nov 14, 2019 10:31am PT

‘The Way Back’ Trailer: Ben Affleck Struggles With Addiction in Basketball Drama 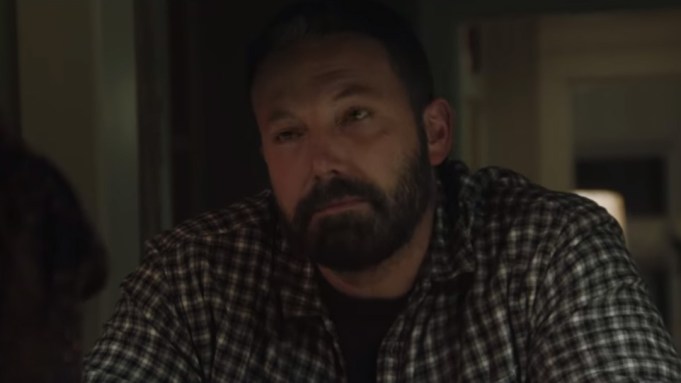 Ben Affleck struggles with sobriety in Warner Bros.’ first trailer for his sports drama “The Way Back.”

Affleck plays construction worker Jack Cunningham, who has a routine of drinking at every opportunity — in the shower, at work and at home. That routine is interrupted when he’s asked to coach the high school basketball team on which Affleck’s character was once the star. The job opened up because the previous coach suffered a heart attack.

Affleck takes the gig, explaining, “It keeps me busy. Keeps my mind off of other things.” He then tells one of the team’s players bluntly, “The reason they’re leaving you open is you can’t hit the ocean from the beach.”

That’s followed by more footage of an inebriated Jack, with Affleck saying in a voiceover, “I spent a lot of time hurting myself. I made a lot of bad decisions. I have a lot of regrets.”

His wife, played by Janina Gavankar, says, “I know you’re suffering. I just want you to be happy again. But you’ve got to want it, too.”

The trailer dropped Thursday, about a year after Affleck spoke out after completing a 40-day stay at a treatment center for alcoholism. “Battling any addiction is a lifelong and difficult struggle,” he wrote at the time. “Because of that, one is never really in or out of treatment. It is a full-time commitment.“

Affleck posted the trailer on his Twitter account, saying, “So proud of this one and the incredible team behind it. Here’s your first look at #TheWayBack, a story of endurance and redemption. In theaters this March.”

So proud of this one and the incredible team behind it. Here’s your first look at #TheWayBack, a story of endurance and redemption. In theaters this March. pic.twitter.com/uqbdHhTIGh

Warner Bros. decided earlier this year to move “The Way Back” back four months from Oct. 18 to March 6.

The film, which has been known previously as “The Has-Been” and “Torrance,” is directed by Gavin O’Connor. Affleck is a producer on the movie, along with O’Connor, Jennifer Todd, Gordon Gray and Ravi Mehta. The script was written by Brad Ingelsby. The film also stars Al Madrigal as the assistant coach who believes in Affleck’s character after the head coach quits, along with Hayes MacArthur, Brandon Wilson and Rachael Carpani.

Affleck and O’Connor last collaborated on the 2016 drama “The Accountant,” which generated $155 million at the worldwide box office. Affleck last appeared on the big screen in 2017’s “Justice League” and starred earlier this year in Netflix’s action-adventure “Triple Frontier.”