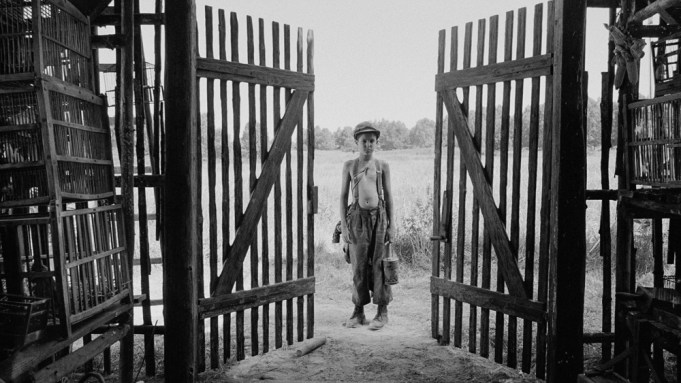 Václav Marhoul’s “The Painted Bird,” which world premiered at the Venice Film Festival in the main competition and also played at the Toronto Film Festival in Special Presentations, has been selected as the Czech Republic’s entry for the 92nd Academy Awards in the international feature film category.

The pic follows the journey of an unnamed boy in Nazi-occupied Central Europe. The boy is entrusted by his persecuted parents to an elderly foster mother, but when the old woman dies, the boy is left to fend for himself, wandering through the countryside. As he struggles for survival, he suffers through extraordinary brutality meted out by the ignorant, superstitious peasants, and he witnesses the terrifying violence of the efficient, ruthless soldiers, both Russian and German.

The film generated controversy at Venice and Toronto for its violence. Variety‘s reviewer wrote: “The extreme lashings of suffering and sadism shown here are scarcely ameliorated by the exacting beauty of their presentation.”

The decision to select the film for the Oscars was made by the Czech Film and Television Academy.