‘The Lion King’ Reviews: What the Critics Are Saying 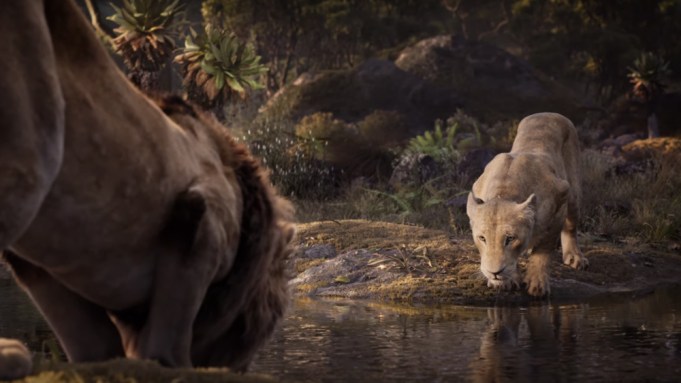 Critics have been less than welcoming to the return of “The Lion King” 25 years after the original’s release.

As of writing, the film holds a rotten score of 57% on Rotten Tomatoes, far below the 93% of the original. Common complaints are the photorealism of the Jon Favreau’s “live-action” adaptation: Where critics adored the anthropomorphic singing cartoons of the original, they felt the nature documentary look drove a wedge between viewers and the beloved characters.

Some critics praised the fidelity to the original, while others bemoaned the lack of originality.

Here is what the critics are saying:

By focusing his attention on upgrading the look of the earlier film while sticking largely to its directorial choices and script, Favreau reinforces the strength of the 1994 classic. If you were never a fan of “The Lion King,” then nothing here will win you over. On the other hand, for those too young ever to have seen it, this could be a life-changing experience, one that strives to create a kind of understanding between audiences and the animal kingdom that Disney once made a regular part of its mission, back in the era of films such as “The Legend of Lobo” and “The Incredible Journey.” It’s a shame to sacrifice the hand-drawn artistry — whose human touch will surely hold up better in the long haul — but those are the terms with this latest wave of remakes, and “The Lion King” at least honors what came before, using current animation technology to convince us that we’re watching the real thing.

Technically speaking, it’s a marvel. Jon Favreau’s “live action” remake of Disney’s The Lion King possesses all the immersive detail and tactile immediacy of an unusually good nature documentary. It transports us. We can practically feel the fur on these animals, and we want to duck away from their thundering heels as the camera breathlessly rushes us through trembling grass and craggy ravines. It’s hard to imagine that this has all been created in a studio, and that almost none of it is real. It’d be a great case of “How did they do that?” except that they did it so well that you forget that they did anything at all. “Oh, the lion is singing? Well, how ’bout that? I didn’t know a lion could sing. But there it is — a real lion, singing.”

That’s the good news. The not-so-good news is that, having entered the photorealistic realm, The Lion King’s mood too has changed. Suddenly, that iconic opening scene, with all the animals gathering to bow before the newborn lion cub Simba, held up like some sort of scepter of absolute power, doesn’t feel triumphant or moving, as it did in its fantastical, animated setting. It feels queasily authoritarian.

Was “The Lion King” really in need of a souped-up version? Nope. The original holds up exceedingly well and honestly has the edge in overall charm. Favreau at least loves and respects the story enough to do it justice, as well as lean into the core themes.

The interconnectedness of us all – the Circle of Life, if you will – isn’t just talked about but felt in new ways. That mangy Scar, with his freaky jowls and Ejiofor’s vicious vocals, is the new poster boy for brutality. And the moment when Simba tearfully snuggles up next to his fallen father will ruin you all over again, even more so than 25 years ago, because of how immersive Favreau’s world and characters are.

This “Lion King” does an OK job roaring to life for a new generation and looking spectacular along the way. The OG, however, will always be the real mane attraction.

Unfolding like the world’s longest and least convincing deepfake, Jon Favreau’s (almost) photorealistic remake of “The Lion King” is meant to represent the next step in Disney’s circle of life. Instead, this soulless chimera of a film comes off as little more than a glorified tech demo from a greedy conglomerate — a well-rendered but creatively bankrupt self-portrait of a movie studio eating its own tail.

Most often, the animation is just bland in a way that saps the characters of their personalities. Scar used to be a Shakespearian villain brimming with catty rage and closeted frustration; now, he’s just a lion who sounds like Chiwetel Ejiofor. Simba used to be a sleek upstart whose regal heritage was tempered by youthful insecurity; now he’s just a lion who sounds like Donald Glover. Watching them come to blows against a realistic-but-dull background suggests that Favreau was so busy trying to figure out if he could, that he never stopped to consider if he should.

Yes, the visuals on display in Jon Favreau’s “The Lion King” are indeed impressive. The animation and technology that crafted a pretty great adaptation of “The Jungle Book” three years ago are in full swing in this adaptation of the blockbuster 1994 animated gem. However, like too many of these recent remakes of the Disney animated library, the emphasis is on “realism” at the expense of entertainment value. At almost every turn, this redo undercuts its own melodrama by downplaying its own emotions. The key direction seems to be “like the 1994 version, but less.”

Like with “Aladdin,” characters explain, in detail, the choices they are making and the reasons for those choices. It comes off like a mix of comic book adaptation of a movie, where thought bubbles and extraneous dialogue makes up for the lack of “movement,” and actors who sound like they’ve forgotten their lines and are winging it from memory of the 1994 flick. Whether it’s just about padding a 90-minute feature to two hours, or playing to the online demographics that view every attempt at subtly as a “plot hole,” these films come off like the original stories retrofitted as preschool cartoons.

The photorealism is striking and impressive, but something feels weird about the voices. It’s not like people can’t imagine talking lions, of course. But it’s distracting in a way that’s not ideal — it’s uncanny and disjointed at the same time, as if real zoo animals are being anthropomorphized.

So “The Lion King” now has its very own pristine cover album, rendered in intricate, realistic detail, a high-fidelity B-side for its many devoted fans. But it might, in the end, leave you wishing for the slightly scuffed-up vinyl original.

Disney delivers their most successful remake yet. A strong cast, outstanding visuals, and the classic animal-centric take on Hamlet make this infinitely more watchable than some of the studio’s previous retellings. The only issue here is that The Lion King is a beat-for-beat adaptation that will make even the coldest hearts warm with nostalgia but could potentially disappoint those looking for a new take on the iconic story.

Basically, this new Lion King sticks very closely to the original version, and in that sense it’s of course watchable and enjoyable. But I missed the simplicity and vividness of the original hand-drawn images. The circle of commercial life has given birth to this all-but-indistinguishable digiclone descendant. I don’t quite feel like bowing, but respect has to be paid to a handsomely made piece of entertainment.