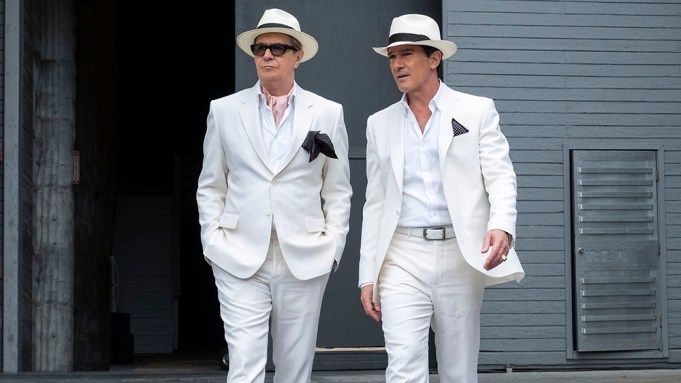 Netflix has debuted the trailer for Steven Soderbergh’s “The Laundromat,” a dark comedy starring Meryl Streep.

An adaptation of Jake Bernstein’s non-fiction book “Secrecy World,” “The Laundromat” follows a group of journalists who uncover the illicit money networks at the heart of the Panama Papers — documents that exposed a huge international system of legal swindling. Companies had been setting up offshore shell companies that allowed them to avoid paying billions in taxes, and the biggest victims, of course, are ordinary citizens with low incomes.

With a script by Scott Z. Burns, and a cast of heavy-hitters that also includes Gary Oldman, Antonio Banderas and Matthias Schoenaerts, the film takes on somber material. But Soderbergh told Variety that the journalists-uncover-a-scandal story had been covered well already in films, so he wanted to entertain the audience with a worldwide amorality. Streep plays a middle-class woman who’s been cheated of money she’s owed; when she begins asking questions, she finds that the problem is much bigger than she’d anticipated.

The film will have its world premiere this week at the Venice Film Festival, before going to the Toronto Fest. It will also have a theatrical run before playing on Netflix, and it’s already stirring up awards buzz.