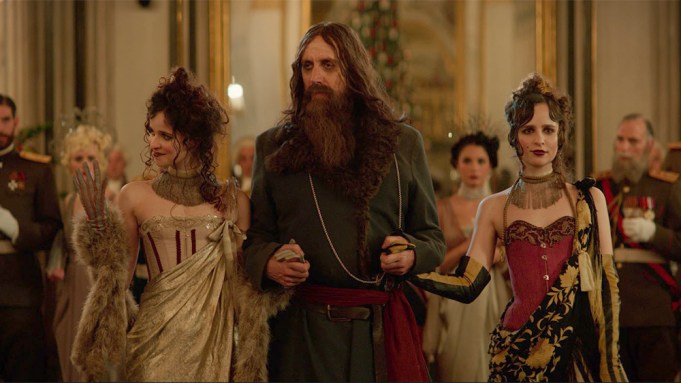 Disney is promising plenty of sword-fighting, gunplay and devastation in its first teaser trailer for the Fox spy comedy prequel “The King’s Man.”

The studio unveiled a first look Monday that sets the stage for an origin story of the private British  intelligence service, portrayed in the two previous films in the franchise: 2014’s “Kingsman: The Secret Service” and 2017’s “Kingsman: The Golden Circle.” Both were directed by Matthew Vaughn and grossed more than $800 million worldwide.

The footage sets the events in the early 1900s with scenes of wartime devastation. Ralph Fiennes is portraying the Duke of Oxford, while Harris Dickson is playing his new protégée. The duo is working against a collection of history’s worst tyrants and criminal masterminds — including the legendary Rasputin (Rhys Ifans) with a deadly gleam in his eye as he spins around while attacking with a sword.

In the clip, Fiennes’ character explains the tough and ruthless origins of the organization. “True power comes from understanding who you’re fighting and how they can be defeated,” he concludes. “I know you want to fight but there are other ways of doing your duty,”