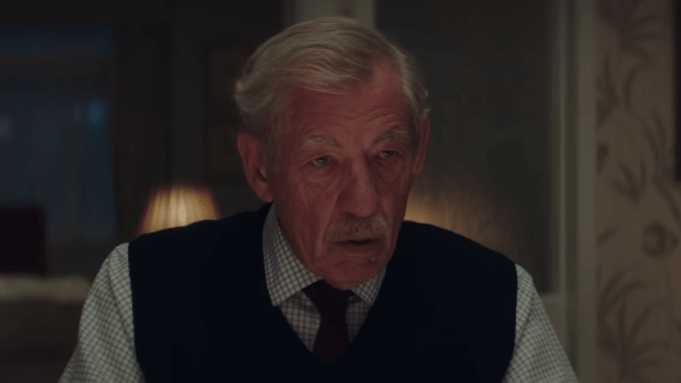 Ian McKellen is up to no good in the new trailer for Warner Bros. upcoming film “The Good Liar.”

Based on the novel by Nicholas Searle, the New Line drama follows Roy Courtnay (McKellen), a career con artist who sets his sights on well-to-do widow Betty McLeish (Helen Mirren) after meeting her online. However, his latest plot begins to goes awry as he begins to develop feelings for McLeish.

Jim Carter kicks off the trailer with some insight into McKellen’s con artist motivations and his seemingly fool proof plan to con Mirren, who McKellen says is worth millions.

“Is that why you think you do it? for the money?, Carter says. “It’s the game. It’s the adrenaline rush.”

“What if it is?,” McKellan responds, before the trailer cuts to a clip of him pushing another man in front of a subway train. Soon after, another particularly violent scene occurs in a meat shop, involving a meat tenderizer and a butcher’s hand.

The last words lie with Mirren who closes out the trailer saying, “You’re becoming a very good liar,” to an unknown listener. Watch the full trailer above.