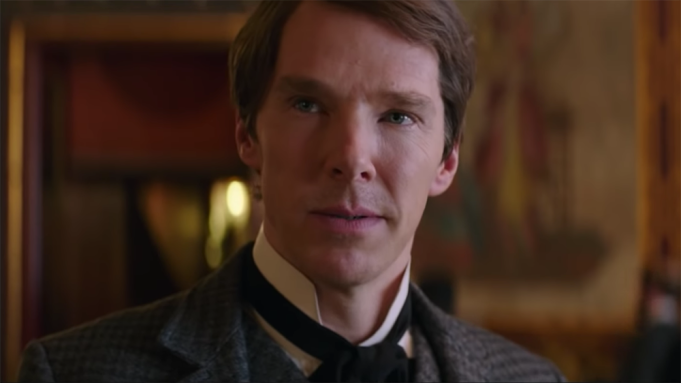 101 Studios has released an official new trailer for the Martin Scorcese-produced thriller, “The Current War,”  offering a glimpse into the dramatic 19th century battle over electricity that became known as the “war of the currents.”

The film, which is a dramatization of real-life events, will follow the tumultuous journey of Thomas Edison, played by Benedict Cumberbatch, as he attempts to use his DC technology to introduce light to Manhattan. However, his initial efforts are obstructed when businessman George Westinghouse (Michael Shannon) and his partner Nikola Tesla (Nicholas Hoult) rival the inventor with Tesla’s own AC electrical current.

In the new trailer, it’s clear that the film won’t hold back in the portrayal of the historical corporate feud. In the teaser, Edison says, “This is a battle of the greatest minds of America,” to which Westinghouse threatens, “If you want to be remembered, it’s simple: Shoot a president. But if you prefer to have what I call a legacy, you leave the world a better place than you found it.”

Written by Michael Mitnick (“The Giver”) and directed by Alfonso Gomez-Rejon, the historical drama premiered at the Toronto Film Festival in 2017 where it was met with negative reviews from critics. Weeks later, the film became one of several completed films that found itself dropped from its original distributor, The Weinstein Company, in the wake of the producer’s sexual abuse scandal in the fall of 2017.

In the two years that followed, however, Gomez-Rejon made substantial changes to the original footage, swapping out the film’s musical score, cutting its run time, and adding new scenes. Eventually, the film was bought by David Glasser’s newly established 101 Studios.

“The Current War,” which also stars Tom Holland, will make its limited release debut on Oct. 4 and will premiere nationwide Oct. 11.