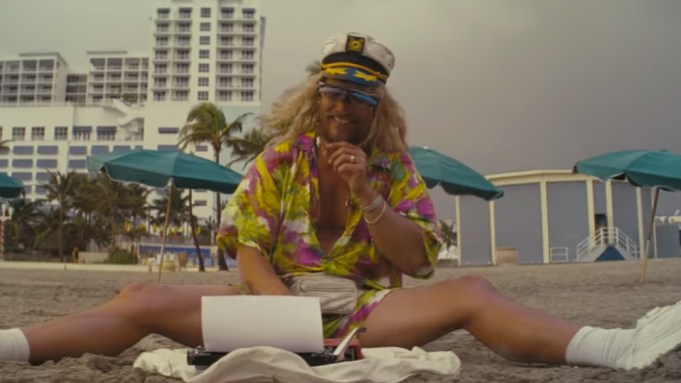 Matthew McConaughey takes on new levels of drug use in the latest trailer for “The Beach Bum.”

True to the film’s title, the trailer opens on a trashy beach town stage where McConaughey’s character Moondog is waiting to accept some sort of musical award.

“Before I accept whatever award it is they’re giving me today, I want to start off with a little poetic foreplay,” he says to a crowd of waiting beachgoers. “One day I will swallow the world, and when I do I hope you all perish violently.”

A neon montage of drug use and drunken antics is next, highlighting Moondog’s poor decision making alongside the film’s high-profile cast. In between clips of coke lines and weed trees, Moondog plays golf with Jonah Hill, kisses Isla Fisher, and wanders the streets at night with Zac Efron. Also rounding out the cast is the hip-hop sensation himself, Snoop Dogg, and legendary singer Jimmy Buffett.

While the film’s plot details remain vague, the trailer does show Moondog running into some sort of legal trouble before concluding with yet another montage of celebrity appearances, a coked-addicted parrot, and blind pilot who smokes a giant joint.

Written and directed by Harmony Korine, “The Beach Bum” is the director’s latest film since he first rose to fame for the 1995 movie “Kids” and for 2013’s “Spring Breakers,” which starred James Franco, Vanessa Hudgens, Selena Gomez, Ashley Benson, and Rachel Korine.

“The Beach Bum” is set to hit theaters March 22. See the full trailer above.