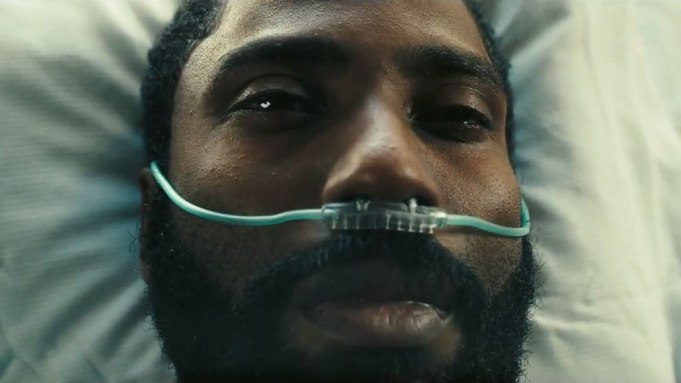 Though little is known about Nolan’s suspense drama, “Tenet” appears to bend time. The intense footage opens with Washington and Pattinson scaling a building. The mission appears to go awry as the trailer cuts to Washington in a hospital bed with Martin Donovan’s character standing over him.

“We all believe we’d run into the burning building. But until we feel that heat, we can never know,” Donovan’s character tells Washington’s. “You do. You chose to die instead of giving up your colleagues. That test you passed? Not everybody does. Welcome to the afterlife.”

Washington, playing a gun-toting detective of sorts, is then tasked with a perplexing case.

“To do what I do, I need some idea of the threat we face,” Washington says, to which Clemence Poesy’s character responds, “As I understand it, we’re trying to prevent World War III.”

Nolan wrote and directed “Tenet” and will use a mix of Imax and 70mm film to bring the story to the big screen. Elizabeth Debicki, Aaron Taylor-Johnson and Kenneth Branagh round out the cast.

The filmmaker described the movie to Entertainment Weekly as the “most ambitious film we’ve made.”

“We’re jumping off from the point of view of an espionage film, but we’re going to a number of different places,” Nolan said. “We’re crossing a few different genres in a hopefully exciting and fresh way. We shot in seven countries, all over the place, with a massive cast and huge set pieces. There’s no question, it’s the most ambitious film we’ve made.”