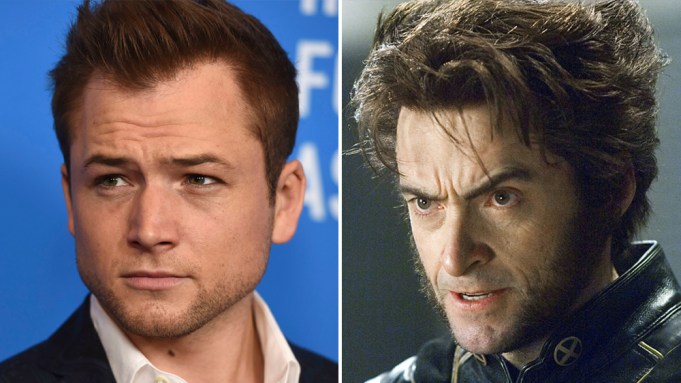 Could Taron Egerton be the next actor to take up the claws and sideburns of Wolverine?

A whole lot of Marvel fans sure hope so.

The “Rocketman” star told Variety at the HFPA Grants banquet on Wednesday that he’s aware that the internet is buzzing with calls for him to play the famous X-Men character in a reboot of the series after Marvel Studios president Kevin Feige confirmed that the mutants would eventually come to the Marvel Cinematic Universe.

Egerton, for the record, said he’d love to join the MCU.

“I love Marvel and I love the movies and I’d love the excuse to get in shape,” he told Variety‘s Marc Malkin. “I’d love to be a part of it, whether [Wolverine] is realistic or not, I don’t know.”

Hugh Jackman played the role for 17 years across nine movies in the 20th Century Fox franchise. With Disney’s acquisition of Fox, it wouldn’t be surprising to see a fresh-faced group of actors play the super-powered mutants in the MCU in a few years.

Egerton and Jackman both starred in the film “Eddie the Eagle” in 2016, and Egerton agreed that he’d have to call up his co-star before having the baton passed down. He also conceded that he wouldn’t be able to grow Wolverine’s iconic sideburns as well as Jackman.

Egerton’s “Rocketman” co-star and “Fantastic Four” alum Jamie Bell voiced his support for him to don the adamantium claws.

“He can play Elton John, why not? It’s the natural next step,” Bell said. “I’m sure he’d love to. Taron’s great. Working with Taron, I’m not entirely sure what he can’t do, so I’m sure he could probably do it — another string to his bow, as it were.”