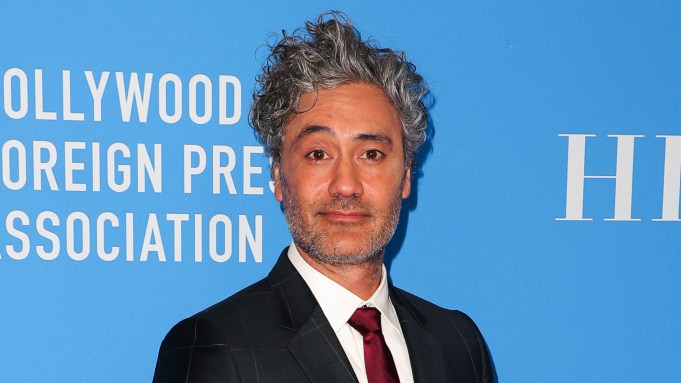 Taika Waititi has cast Kaimana, a fa’afafine or non-binary person in his upcoming sports film “Next Goal Wins.” Kaimana, who uses one name, will portray Jaiyah Saelua, the first non-binary player to compete in a men’s FIFA World Cup qualifier.

Kaimana, who is making their acting debut in the film, identifies as fa’afafine, a person who does not identify as male or female. It is considered a third gender in Samoan culture and often referred to as transgender or non-binary.

“Next Goal Wins,” based on a 2014 documentary, stars Michael Fassbender and Elisabeth Moss. It tells the true story of the American Samoan soccer team’s fight to redeem itself after having the biggest losing streak in international soccer.

Waititi tells Variety that he never thought of considering cisgender actors for the role. “It was vital,” he said. “There was no way we would have approached it in any other way.”

He explained that New Zealand and Polynesia’s fa’afafine community is “very respected.”

“It’s an accepted part of the culture and of life,” he said. “It’s very inclusive.”

Written by Waititi and Iain Morris, “Next Goal Wins” began production last week in Honolulu. Waititi is teaming up again with Fox Searchlight, the studio behind “Jojo Rabbit,” his Nazi satire that has generated Oscar buzz.

“I’ve just started production on my next film, ‘Next Goal Wins,'” Waititi said in a statement announcing the start of production. “We have such an amazing cast and crew behind this film, and I’m stoked to be partnering once again with the lovely people at Fox Searchlight Pictures.”