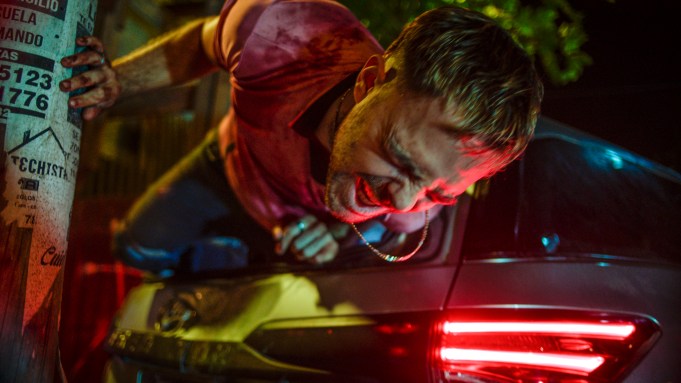 Taika Waititi’s “Jojo Rabbit” has been selected to open the 15th edition of Fantastic Fest on Sept. 19 at the Alamo Drafthouse South Lamar in Austin, Tex.

The screening will be the U.S. premiere of “Jojo Rabbit,” described as an “anti-hate satire” in which a lonely young boy growing up in World War II Germany finds his world-view turned upside down when he discovers his single mother is hiding a young Jewish girl in their attic. Waititi, the director of “Thor: Ragnarok,” will play the boy’s imaginary friend, Adolf Hitler.

Fantastic Fest also announced its full lineup, which includes the world premiere of Jim Mickle’s “In the Shadow of the Moon,” a sci-fi film starring Boyd Holbrook as a Philadelphia police officer who must track down a serial killer who mysteriously resurfaces every nine years, defying all scientific explanation.

The festival will also feature Vincenzo Natali’s “In the Tall Grass,” an adaptation of Stephen King & Joe Hill’s novella, starring Patrick Wilson as one of the unfortunates discovering what horrors hide in the tall grass. Additionally, the lineup includes Brad Anderson’s “Fractured,” starring Sam Worthington as a desperate father trying to find his family at any cost after they mysteriously disappear in a hospital.

“Our fifteenth year is a one-of-a-kind of celebration of the cinema we champion: brilliant and out-there,” said creative director Evrim Ersoy. “It’s a 15-year-long love letter to the wide spectrum of daring, crazy films, filmmakers and audience members whom we host in Austin each September. It’s an ode to the independent spirit of cinema that allows us to showcase the diversity of the world at large and helps us to understand it better!”

Other titles include Takashi Miike’s “First Love,” which screened at the Cannes Film Festival; the US premiere of alumni Quentin Dupieux’s “Deerskin,” starring Jean Dujardin; the US premiere of the Romanian film “The Whistlers,” from director Corneli Porimbiou; the S&M romance “Dogs Don’t Wear Pants”; and Belgian filmmaker’s Peter Van Goethem’s “Night Has Come,” which tells of a dystopian future using only archival footage.