Director Debra Eisenstadt Talks On-Set Sexism: ‘If I Were a Man, They Wouldn’t Be Questioning Me’ 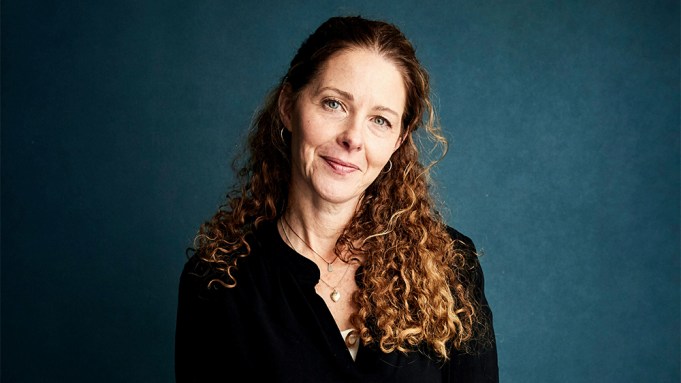 “Imaginary Order” director Debra Eisenstadt sat down to discuss her new film at the Variety Studio at Sundance presented by AT&T and revealed that the production was effected by the sexism she experienced on set.

“I was battling a lot of sexism when I made this,” Eisenstadt said. “I don’t want to get into it, but it’s just like, I give a direction, if I was a man, if I’m giving a sound person a direction and they look at me and they question it, you know, don’t question me. If I were a man, they wouldn’t be questioning me. So it was like that kind of thing.”

Eisenstadt gave the example of potentially having to fire an assistant director for his behavior.

“The AD’s talking over me or having separate conversations and I have to fire him because he’s disrespecting my role, but that’s because he’s a man and I’m a woman,” she said.

“I felt it in different ways, in subtle ways,” she continued, “there’s just subtle things that…Sexism is so in the air, it’s like something that you don’t see, it’s invisible because it’s hard to see because it’s been around forever. It just makes things a little harder, to get things done the way you want to get done and extra conversation has to happen, where I have to explain, ‘No, I mean what I say, you can believe me.’ Subtle things like that, that I was dealing with a lot.”

“Imaginary Order” stars Wendi McLendon-Covey as Cathy, a woman dissatisfied with her life who becomes the subject of a teenage neighbor boy’s obsession after she begins house-sitting for her sister. It premiered Saturday, Jan. 26 at the Library Center Theatre. “Imaginary Order” is Eisenstadt’s fourth feature film, and she co-executive produced the documentaries “Jane” and “Kurt Cobain: Montage of Heck” with her husband and collaborator Brett Morgen.