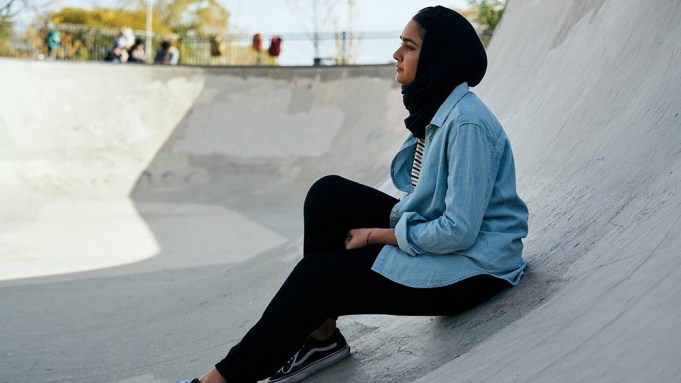 Tech monolith Apple made its first purchase at the 2019 Sundance Film Festival on Monday, in the coming-of-age drama “Hala.”

The film, from writer-director Minhal Baig and executive producer Jada Pinkett Smith, sold for an undisclosed amount. It is unclear if the company intends to send it straight to the iTunes store or roll the drama out in theaters.

Baig’s project centers on 17-year-old Hala, who’s navigating the conflicting worlds of her traditional Muslim household and her modern high school. As she struggles with her identity, she uncovers a secret that threatens to destroy her nuclear family.

The film is based on a proof-of-concept short Baig made in 2016. She’s represented by WME and 3 Arts.

The inclusion rider policy was applied to the production, specifically to facilitate the hiring of women into many department head positions and 75% of critical below-the-line roles.