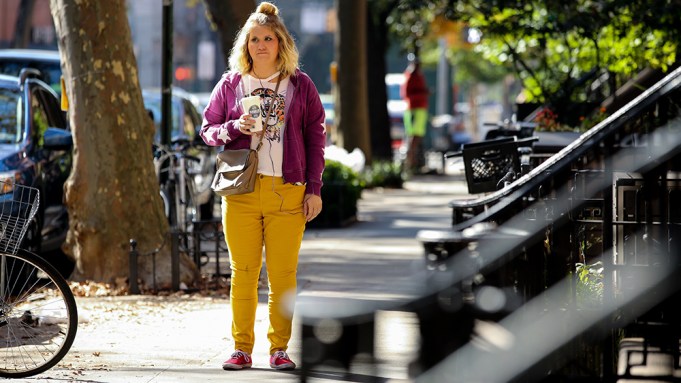 Paul Downs Colaizzo directed the dramedy from his own script, which sees Bell play a hard-partying millennial who tries to change the course of her life by committing to a major run.

At various points Lionsgate and Netflix were rumored to be circling the film, and Amazon at one point appeared to lose interest as the price rose. It circled back, however, after Amazon Studios head Jennifer Salke saw the film at a Tuesday screening and became personally convinced that the film’s deep-hearted and funny look at body image and other insecurities could resonate beyond the arthouse. Salke was directly involved in negotiations, sources say.

“Paul has crafted a hilariously rich story populated with vivid characters, anchored by the brilliant Jillian Bell, struggling with relatable issues many face on a daily basis,” said Salke. “Our goal at Amazon Studios, across both TV and film, is to be the best home for talent – in front and behind the camera. The three films we’ve picked up at Sundance speak to that ethos. It’s a mixture of new and established talent we hope to build a future with and continue to produce content for audiences around the world on Amazon Prime Video. Our customers are going to absolutely love these films!”

DirectorColaizzo said, “I could feel Jennifer Salke’s passion for our movie and its characters as soon as she walked in the room. I’m so moved by the boundless love and support she and her colleagues have promised Brittany. My heart is full, my mind is blown, and I am going to bed.”

But the streaming service has been particularly aggressive at this year’s festival, shelling out $13 million for U.S. rights to “Late Night,” a Mindy Kaling comedy, and ponying up $14 million for most worldwide rights to “The Report,” a political thriller with Adam Driver that generated some Oscar buzz. Those aren’t the only films to score eye-popping deals at a time when the box office for indie fare is by-and-large depressed. A24 nabbed the Awkwafina’s wedding dramedy “The Farewell” for $6 million globally and New Line picked up “Blinded by the Light,” a coming-of-age story set to the music of Bruce Springsteen, for $15 million.

Amazon will likely release “Late Night” in early summer and will debut “Brittany Runs a Marathon” in late summer. The company is eyeing a fall release for “The Report” and will mount an awards campaign for that film.