Sundance: A24 Nabs Awkwafina’s ‘The Farewell’ 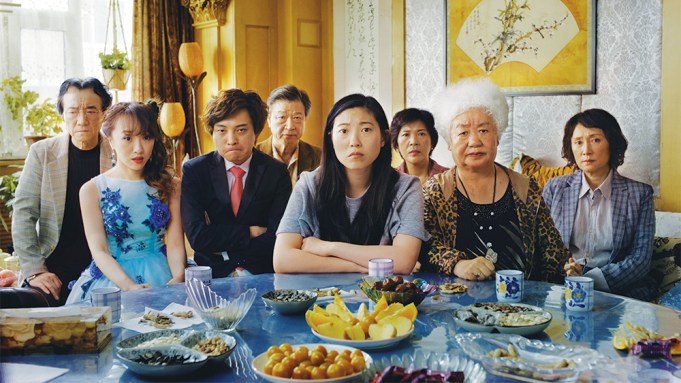 Awkwafina’s wedding dramedy “The Farewell” is close to landing a deal with indie studio A24 following its premiere this week at the Sundance Film Festival. The pact is for worldwide rights and is believed to be in the $6 million range, numerous individuals close to the negotiations told Variety.

“The Farewell” stars “Crazy Rich Asians” breakout star Awkwafina as Billi, a Chinese-American woman who travels back to China to visit her ailing grandmother. She discovers a family plot to keep grandma in the dark about her own terminal diagnosis, and agrees to help stage a fake wedding to give the matriarch one last hurrah. The film drew interest from a number of potential buyers, including Amazon and Netflix. But the asking price was a steep one and, in the case of Netflix, the filmmakers wanted a major theatrical release. Interested bidders were only allowed to make a pitch to the producers if they were willing to pony up $2.5 million for domestic rights, according to knowledgeable insiders.

A24 has been more of a seller than a buyer so far at this year’s Sundance. The indie studio sold “Native Son” and “Share” to HBO Films, two movies that entered the festival with theatrical distribution. They will now debut on the cable channel. The studio won an Oscar for “Moonlight” and had a hit last summer with “Eighth Grade” and “Hereditary.” However, some of its other more recent films, which include “Mid90s” and “Lean on Pete,” failed to connect with audiences.

Awkwafina’s dance card has exploded in the past year. She’ll next appear in the YouTube original series “Weird City” from Jordan Peele’s Monkey Paw Productions, is in development for her own TV series at Comedy Central, and appears in another Sundance title, “Paradise Hills,” alongside Emma Roberts. In the coming weeks she’ll join the sequel to Sony’s “Jumanji: Welcome to the Jungle” alongside Dwayne Johnson and Kevin Hart.

Endeavor Content and UTA co-repped the sale on behalf of filmmakers.