Sterling K. Brown on the Importance of Seeing a Person of Color in ‘Frozen II’s’ Arendelle 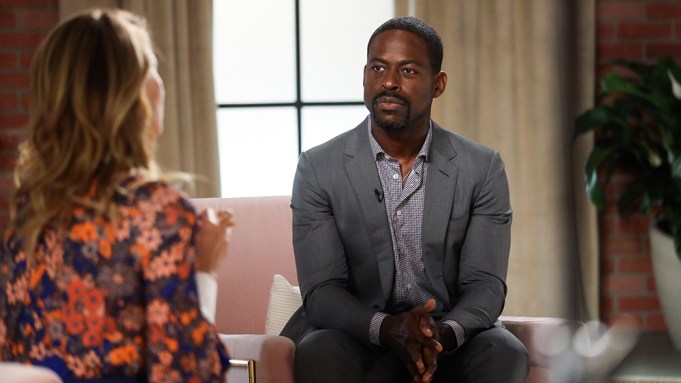 Sterling K. Brown’s talents have extended outside the success of “This Is Us” in recent years, from his appearance in “Black Panther” to his starring turn in Oscar contender “Waves” and his voice role in Disney’s “Frozen II.”

Brown opened up about the importance of the inclusion of a person of color in Arendelle, the kingdom of “Frozen,” while in conversation with Laura Dern for Variety‘s Actors on Actors.

“I love that there’s a character of color in this world of Arendelle,” he said. “I think for such a long time black folks have had to wonder, ‘what would it be like to have someone like me in this show, what would it be like to be Superman or Batman.’ And then you get ‘Black Panther.’ Now, we have this character, Lieutenant Mattias, who I get the chance to vocalize, and I have a little action figure and Legos, and I’m like, ‘Ah, it’s really happening.'”

At Dern’s urging, he expanded on the message of “Frozen” and its sequel.

“I’ve seen bits and pieces [of ‘Frozen II’], and it is every bit an action-adventure movie led by these two heroines that happen to be sisters, and they choose each other over and over again, they don’t need some dude to come save the day, they can save themselves,” he said. “I love being a part of that.”

Brown gave insight into the process of voicing an animated movie as well, explaining that the process takes about a year to a year and a half.

“You’ll go in and record for four or five hours, and then you’ll have a month break, and then you’ll go in and record again, and they’re constantly changing the script,” he said. “You’ll rarely get a chance to read with your fellow actors, but you get to read with the director and the writer — and they’re absolutely wonderful, Jennifer [Lee] and Chris [Buck] — and they give you fertile soil to play with and the animators show you new things that they’ve done each time, and then you get a chance to see how they’re animating your face and how your facial structure goes into the animation of the character.”

Variety‘s “Actors on Actors” will be published in November in a special issue of the magazine timed to Academy Awards voting. The companion TV series premieres on Jan. 2 on PBS SoCal.