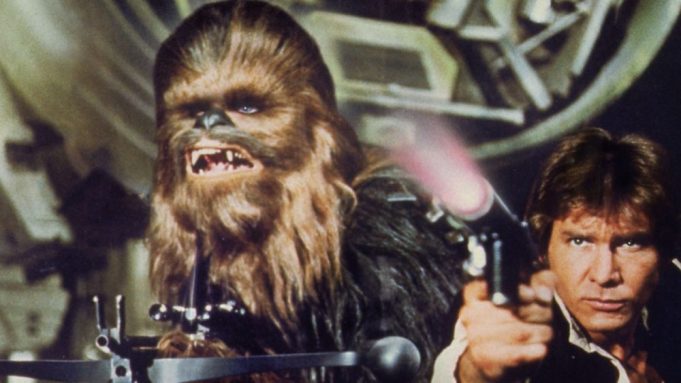 “I knew the sound was part of the foundation of what the movie was going to be,” George Lucas explains in this exclusive clip from Midge Costin’s “Making Waves: The Art of Cinematic Sound.” Ben Burtt, sound designer on “Star Wars,” goes on to explain how the team originally created the legendary sounds used for Chewbacca and the wookiees in the franchise.

The trick, he says in the clip, was spending time with a young bear and using bread to coax the sounds from the animal. The words from the film team, also including sound editor Richard Anderson, mesh with footage of Han Solo talking to Chewbacca. Peter Mayhew, who played the iconic wookiee, died in April.

“Making Waves: The Art of Cinematic Sound” premiered in the Cannes Classics documentary section. It takes a historical journey through sound design within cinema from its early beginnings to modern-day blockbuster films, giving a behind-the-scenes look into how the most iconic film sound effects were created.